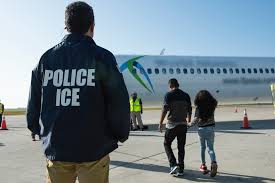 Posted at 08:21h in Migration resources by ACI

The Handmaids of the United States have been involved in projects in El Salvador for more than 15 years. From these experiences and the migration reality that we are living with the current Administration in our country we want to echo a report that reveals what happens to many of our Salvadorian brothers and sisters who are deported from the United States.

A  new report from Human Rights Watch reveals the torture, abuse, and death that some Salvadorans have faced upon deportation from the United States, largely due to targeted gang activity. Meanwhile, certain recent changes in border policy make it even harder for asylum seekers to gain legal protection in the U.S. and thus more likely that individuals facing serious harm will be deported.

The investigators identified 138 cases of murder of Salvadorans who had been deported from the U.S. since 2013, and at least 70 cases of torture, abuse, disappearance or rape. In many of the murder cases, the individuals were killed by the same gang members or authorities whose death threats had prompted their flight to the United States. The authors believe that their data on deaths is only the “tip of the iceberg,” and that many more deported Salvadorans experience abuse upon return than they were able to investigate.

This report shows that as asylum and immigration polices tighten in the United States and dire security problems continue in El Salvador, the U.S. is repeatedly violating its obligations to protect Salvadorans from return to serious risk of harm

Although the right to seek asylum is codified in U.S. law, the Trump administration has increasingly restricted who qualifies for asylum; these new restrictions make it nearly impossible to gain asylum in the United States.