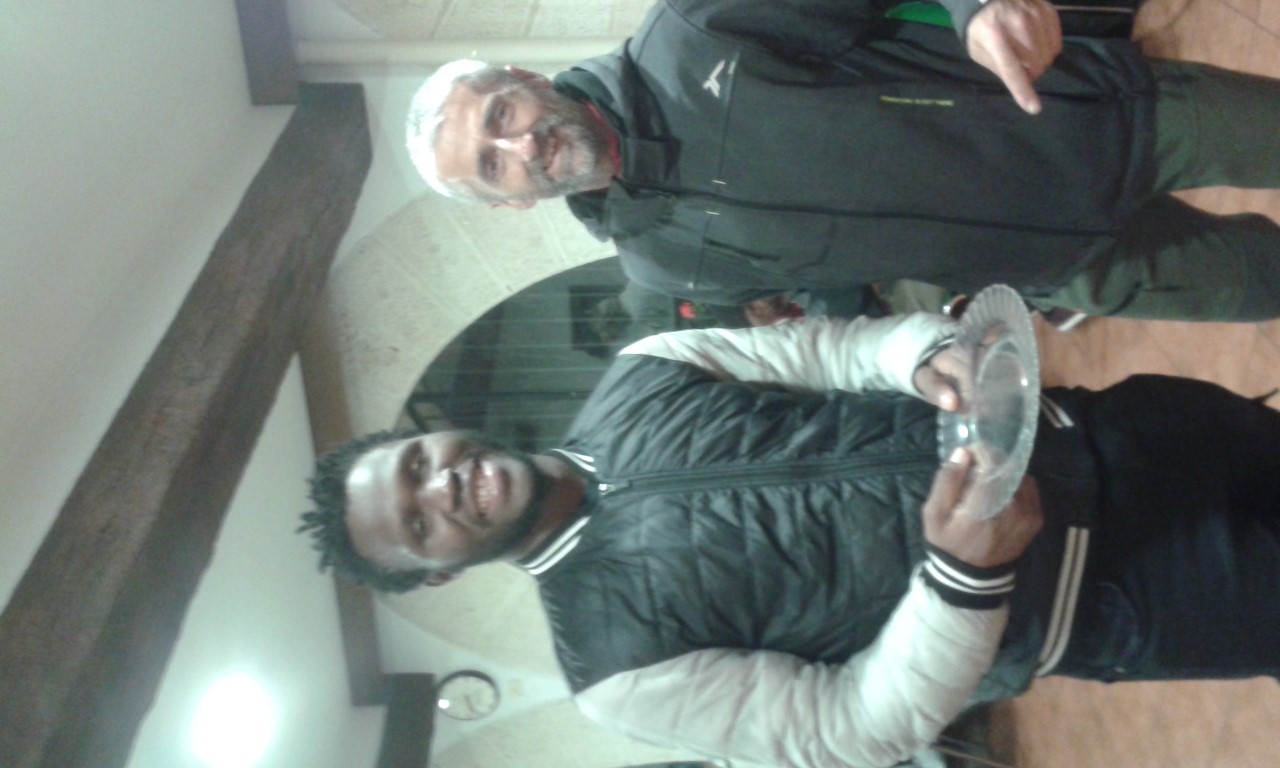 Posted at 08:18h in Migration with others by ACI

I want to tell you about Laye and Jordi. This is a case where the words of Pope Francis in 2018 for the Day of the Immigrant have been fulfilled: WELCOME, PROTECT, PROMOTE AND INTEGRATE.

Laye is a sub-Saharan boy from Conakry, Guinea, who came to Atalaya, as do many who arrive at our association, with a prior history. He was raised by his elderly sick grandmother; at the age of 16, with no education or future in a badly governed country, he decided to leave. He traversed five countries in the space of four years. He travelled through the desert; six of them started out, and two arrived. At last in Morocco, together with other companions, he crossed the strait in an inflatable boat. They arrived a Tarifa, where the police put them into the CIE. After several months, he left for Murcia. That did not go well, so he tried other Spanish provinces. When arrived in Vitoria, in the bus station they told him that in Burgos there are Associations that help immigrants. Thus, he arrived at Atalaya at the age of 20.

He was WELCOMED by us (Welcoming is embracing, accompanying, making the other person feel that he is not alone). He stays in our Atalaya shelter where 15 young men from different countries are living. They have to come to the soup kitchen because in the house they are provided only with breakfast. In the soup kitchen there are more than 100 volunteers who take turns on different days cooking and serving. He was also PROTECTED (which means providing security and taking care of needs. Protecting is using one’s hands not only to accumulate things, but also to defend the other). Jordi, a volunteer who has been coming since the soup kitchen began, focused on Laye because he is an athlete. Jordi has always been a champion in track, but above all he is a champion in helping people. He spends his free time helping young people: catechesis, retreats, summer camps; he brings them to help in the soup kitchen. He knows how to bring out the best in each young person. He is married and has two children; he works in a company. Jordi wanted to bring out the best in Laye and had him participate in youth meetings.

PROMOTING (means giving orientation so that the person can become independent and find a place in society. To promote is to dream and to build a better future.) Jordi signed Laye up for some adult education classes for foreigners so that he could study during the next Secondary school course. He has surrounded him with volunteers who help him with the Spanish language and math. Laye studies a lot, and is making every effort to do his best in his secondary school studies. That way he will be able to INTEGRATE (which means to become one of us, where no one is a stranger and we all form one human society. To integrate is to build a new society, a society which is neither exclusively “mine” nor “yours”, but “ours”) in society and will be able to survive on his own.