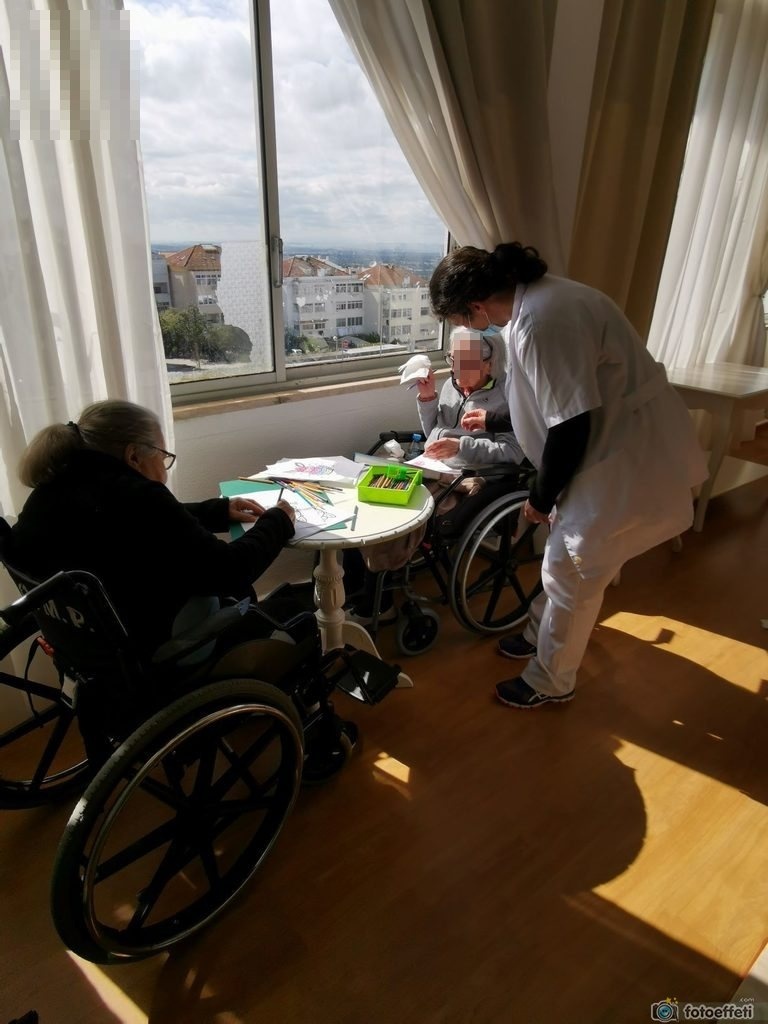 Posted at 09:16h in Challenges, Eucharist by ACI

“The Eucharist is like an impact that is so great that it causes waves that make the sea the sea and not a lake.”

This “image” of the Eucharist in our lives illustrates, in some way, the time spent as a live-in worker in the nursing home “Lar de S. Pedro, de St. Casa da Misericordia de Palmela; where 86 elderly people live; approximately 75% of them are women and 25% men.

The nursing home routine is relentless and dull, especially during this time of isolation. It is easy to lose oneself in its monotony and sum it up as a meaningless wait; waiting to be awakened, fed, washed and put to bed. Waiting for the next day, waiting for the end to come. Nothing more. The interminable repetition that so often robs everything of meaning, hope, life. However, it was in this routine, in the fragility and simplicity of every day, that I experienced something precious, the life that springs from genuine encounter.

God became bread, but before that He became man. And contemplating the presence of “God-Man” within each one revealed to me, I think, something new about “God-Bread.” I perceived in those looks, in the heartbeat behind each story, that these two realities cannot be separated. It is an  encounter that is mysteriously linked to Jesus hidden in the Eucharist. The impetus from that encounter gives life, as does the encounter with Jesus in communion, which I was not able to receive there. It does not substitute; it complements. One leads to the other, and living it there, separated, made me understand the close relationship between the two. I have received many lives, every day. I received much more than I would be able to give. I received the Eucharist in all its newness: the impact of the encounter that makes life LIFE, and not death.