a new step of welcoming/usa 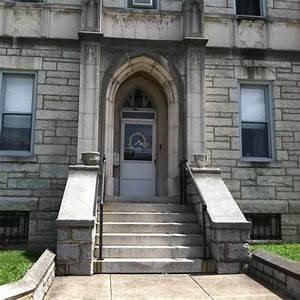 14 May a new step of welcoming/usa

Posted at 14:11h in Migration with others by ACI

At the end of GC XX, Handmaids in the USA searched diligently for a way to intensify our accompaniment of Peoples on the Move. We were committed to networking with other religious communities and with other organizations, both Catholic and non-Catholic.

Since November 2017, along with the Sisters of St Joseph of Philadelphia and the Holy Family Sisters, we have been committed to supporting a Honduran family seeking asylum in the USA. Our commitment was not only financial, but also entailed finding  a house for the family, placing the 4 children in schools, accompanying them to doctors, introducing the family to the culture, getting them psychological help, teaching the mother English as a Second Language and taking her to Mass on Sundays. When the family moved from a shelter to the house that was prepared for them, our Handmaid communities, along with our Associates and friends, provided all that was needed in the kitchen, pantry and dining room.

Prior to our commitment to supporting the Honduran family, we had helped to accommodate young, single men from Afghanistan, Syria, and Iraq in a former convent, at Our Lady of Hope parish, in Philadelphia. Still, different agencies were calling us to find temporary housing for single mothers with children.  Thus, in the summer of 2018 our search to house these mothers and children began.

After looking at several available places, we found a very large, empty convent at Martin of Tours parish, in Philadelphia. The Pastor was very supportive of our plan and wanted to engage the parishioners in some small way in our project. Innumerable meetings and many inquiries followed: zoning and occupancy, Certificate of Occupancy, Licenses and Inspections, etc.

In April 2019 we met Ron Selzer, the president of Broken Wing Foundation, who wanted to see what we were doing for immigrants and asylum seekers. The Broken Wing Foundation was established in 2015 by a group of people passionate about helping other people who may have temporarily “fallen through the cracks”. At first sight, Ron was very interested in getting involved with the Martin of Tours project. We then began to look at some possible grants that might be able to help us pay for rent, utilities and other expenses.

Recently Ron and Sr. Eileen SSJ approached the Diocese of Philadelphia to see if there was any interest on their part in partnering with us for some space. The Diocese is not interested at this time, but there is a new program starting under Catholic Social Services that might use some of Martin of Tours space. We are still having conversations about the do-ability of this proposal.

With the Covid 19 pandemic everything has been postponed:  the electrical work needed, the painting, the carpeting, etc.  We don’t anticipate that our residents will move to their new place until late this year. In the meantime, lists have been made of all that we need to purchase for the house. The Handmaids, our Associates and friends have agreed to supply all that is needed in the kitchen, dining room and pantry.

We are now ready to have zoom meetings with other Congregations who have expressed interest in the project. To our original networking group we are adding 3 other Communities: the Holy Child, Holy Redeemer and Grey Nun Sisters.

Together we can do it!

What a marvelous opportunity to welcome Christ in so many refugee mothers and children!