“A bowl of rice, a bowl of love”/japan 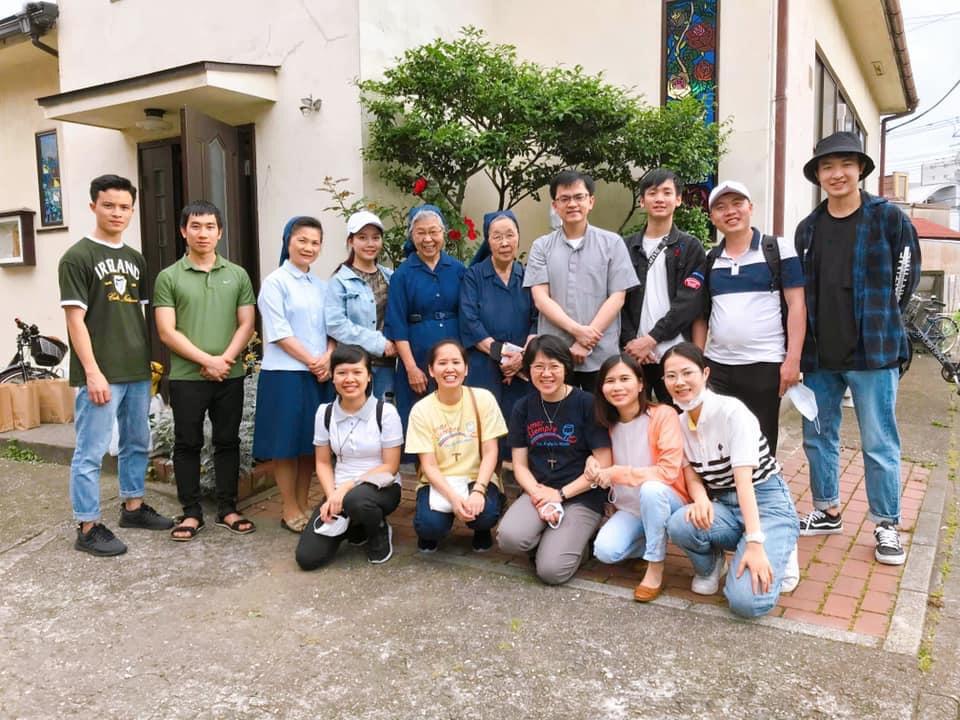 Posted at 09:05h in Migration with others by ACI

From five loaves of bread and two fish, He feeds the five thousand.

As a response to the cries of a single mother with two children and to some young Vietnamese trainees and overseas students who have lost their jobs due to the declaration of the state of emergency in Japan during this time of the Covid-19 pandemic, the program “A bowl of rice, a bowl of love” was initiated by a group of religious men and women who are working for the Vietnamese migrant community in Japan.

The program was inaugurated on April 9, two days after the declaration and lasted until June 20 (73days). That time was also significant for us, the Catholic Church as we celebrated the Suffering, Death and Resurrection of our Lord Jesus Christ. Together with the entire Church, “this year, we are experiencing, more than ever, the great silence of Holy Saturday,” as the Holy Father said in his Easter Vigil homily. It was in this silence that we heard the cries of our brothers and sisters, and with the ‘five loaves of bread and two fish’ that we received, our Lord has fed about 5,000 brothers and sisters regardless of religion nor nationality, although most of those who benefited are Vietnamese workers and students working in Japan.

Because of the state of emergency, people’s freedom to move about is limited, so the program used Facebook to communicate and the post office to deliver gifts. Each package contained 5 kg of rice, 1 liter of cooking oil, noodles, dried foods, seasonings, sugar… and masks. The information was written in Japanese and Vietnamese so that those able to share it could do so; those in need could apply by a form requesting their address, personal information and their reason for applying. Most of the reasons mentioned unemployment: students are losing part-time jobs, some have expired visas but there are no flights to return home, and others remain in Japan without documents.

The program started out with only the priest in charge of Vietnamese community Fr. Hien, the Jesuit in charge of Vietnamese youth in Japan Fr. Joseph Nha, the Sisters of Charity and some Catholic youths; it assisted only people in Tokyo and Saitama. When it became better known, and people from all over Japan began to apply,  it was necessary to network with other religious groups living in different parts of Japan so that, not only would the distribution of food cost less, but also, together, we would share the same mission. Later on, the Salesian Brothers and Sisters (mostly Japanese) have come to collaborate and we, the ACI (I, the two juniors and Sr. Cecilia Okouchi) also joined them.

During the weekdays, there were volunteers to receive and check for applicants; the priests and Sisters receive all kinds of donations.  On the weekends, volunteers came and worked together in groups; one group was checking and writing the addresses, while the other was buying, packing gifts, and carrying them to the post office. My work was, first, drawing the Kanji (Chinese characters because I haven’t learned all the kanjis yet!); when that was finished, I helped the others packing.

I would like to give you some background about the Vietnamese migrant community in Japan. About 6-8 years ago, the relationship between Japan and Vietnam became more open, resulting in a massive movement of young people from Vietnam to Japan on trainee and student visas. Currently, there are about 350,000 Vietnamese in Japan. They are working mostly in factories and in construction; a large number of them came with student visas, but most of them have to work hard (in part time jobs) in order to pay back the fees for tuition and lodging. A small number among them have succeeded in attaining their dreams and have better lives, while many others are suffering due to not knowing the language and have encountered all kinds of difficulties.

Although, our program was just in response to the urgent need of the time and could offer only meager portions, many recipients were very grateful and expressed their gratitude to the program. On my part, I am also grateful to God for sending me there to witness how He multiplied the five loaves and two fish, feeding 5000 thousand people during this time of need. I have witnessed some young people who have shared of the little they had with their brothers and sisters. I am also happy to see how we are of different nationalities, backgrounds, and ages but have come together to collaborate and share to make this become successful and meaningful.