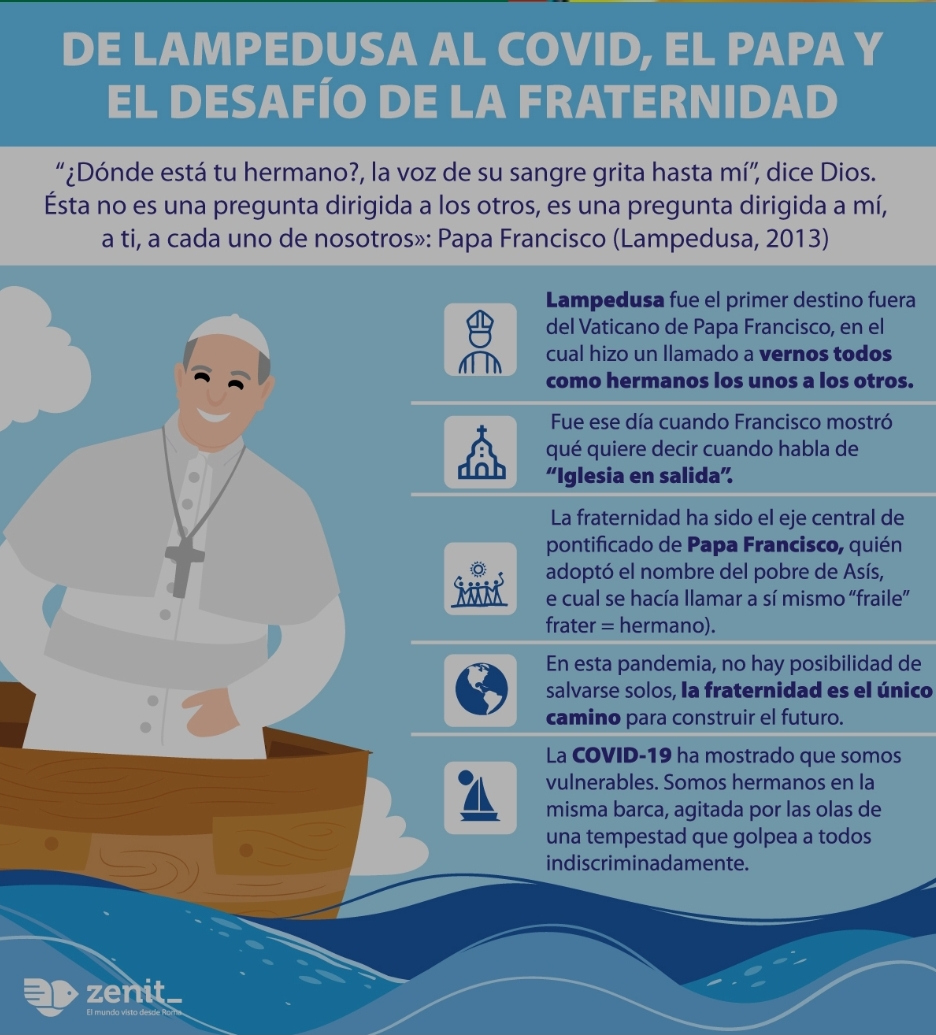 Posted at 17:16h in Migration resources by ACI

Seven years ago, when the newly elected Pope Francis visited Lampedusa after the shipwreck and death of almost 300 migrants, he shook us by saying that “the globalization of indifference has taken away our ability to cry”. This trip probably had much to do with the creation of the Migrant and Refugee Section in the Vatican of which the Pope has wanted to be the Secretary until today, entrusting two undersecretaries with effective leadership.

This month of July, he celebrated a commemorative Eucharist that once again shakes us and reminds us that the one who knocks at our door hungry, thirsty, a stranger, naked, sick and imprisoned, asking us to find him and help him, asking to be able to disembark is Christ himself.

Here we leave you COMPLETE HOMILY

The COMPANY reserves the right to use the "cookie" technology on the Website, in order to recognize you as a frequent user and personalize your use of the Website by preselecting your language, or more desired or specific content. The "cookies" used by the Website, or the third party acting on its behalf, are associated only with an anonymous user and his computer, and do not in themselves provide the user's personal data.
Necessary Always Enabled

Any cookies that may not be particularly necessary for the website to function and is used specifically to collect user personal data via analytics, ads, other embedded contents are termed as non-necessary cookies. It is mandatory to procure user consent prior to running these cookies on your website.