chantal: another victim of covid/japan 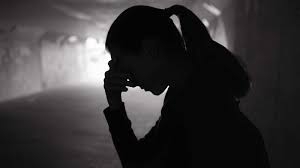 25 Aug chantal: another victim of covid/japan

Posted at 07:25h in Migration news by ACI

Chantal (not her real name), 35 years old, married to a Japanese for almost 10 years, lives in Osaka, Japan.  She is the eldest of 4 siblings.  Her family lives in a rural area in one of the islands in Northern Mindanao.  It’s a remote area, their transportation going to the City only once a week (every Sunday) so that people can go to Mass, shopping and do other errands.  The family was self-supporting as the father had inherited a tiny rice field, and the mother had a little store.  It was when the fourth child got sick and eventually died at the age of eight months that the family lost everything to pay debts incurred for medicine and hospitalization.  From that moment, life became hard for the family.  The father resorted to drinking and gambling, and would often behave violently toward the Mother.   Having lost the store, the Mother now earned a living as a hired laborer on a rice and sugar field.  The Father would also work when he was sober.

While growing up, Chantal and her 2 remaining siblings helped earn a living by also working in the field.  All their income was pooled together for food.  It was hardly enough to pay for their school fees.  A neighbor sometimes would buy them paper and pencils.   Chantal would pick the fruit in their backyard and exchange it with her classmates for project materials.  After her graduation from high school at 16, Chantal decided to look for a work in the City. The first job she had was as a housemaid at a salary of 400 pesos per month. While working there she tried to look for a higher salary; after 8 months she went to work in a grocery store with a salary of 1,000 pesos. For almost eight years Chantal continued searching for a better salary to support her family.

In 2009 Chantal found another job in a construction store (hardware store) where she was hired as cashier with a salary of 4,500 pesos per month.   While working in the hardware store Chantal meet an OFW (overseas Filipina worker) who was married to a Japanese man.  Chantal was so impressed when she learned that the woman, who had been residing less than a year in Japan, had money to build such a huge house.  Chantal asked the woman how she had met her Japanese husband.  The woman smiled and said, “through a friend” and added, “if you are interested, I can introduce a Japanese man to you to be your future husband.”  Jokingly Chantal said, “Yes, find someone for me so I can go to Japan and help my family.”

After a month Chantal received message from the woman with a picture of a Japanese man.  Chantal was disappointed because he was old (52) and fat; Chantal was only 25.  Still, she wrote to him and corresponded with him for some time.  One day, the woman wrote to her saying that she was coming home, bringing the Japanese man to the Philippines to meet Chantal in person.  Chantal did not really believe this, but one day he did come, and Chantal had to bring him to meet her family.  Though her parents were opposed, Chantal decided to go ahead and marry him in November, 2009.   He went back to Japan the day after they were married.  Chantal followed a year after (November 2010).

As soon as Chantal arrived in Japan, she wanted to work, but her husband didn’t allow her to because she didn’t know Japanese.  She should have first studied Japanese, but Chantal needed to work to help her family in the Philippines.  Chantal knew she had the capacity to learn Japanese while working.  When her husband went to work Chantal would go out to look for a job. Since she is smart, she immediately found a permanent job at an “obento” (boxed lunch) factory without the knowledge of her husband; later Chantal informed her husband that she had found a steady job. Suzuki, her husband, understood her.  Since then Chantal has been continuously sending money to her family in the Philippines, and they were able to live peacefully.

Things started to get problematic when Suzuki lost his job as a chief cook in a prestigious hotel and restaurant last March 15, 2020, due to the Covid-19 pandemic. The hotel had to close, as there were no customers.  For a while Suzuki was able to receive some support from the hotel, but after 2 months the hotel restaurant management cut off the support.  Chantal’s work was also affected; her working hours were changed and reduced because of social distancing.  Formerly, Chantal had worked from 8am to 5pm; now her hours were changed to 5pm to 10pm.  Since Chantal’s workplace was far from their home, she asked her husband if she could stay at her friend’s apartment where she could pay a small amount for her overnight stays.  On the weekend she would go home to give him money for his food and for other household expenses.   Chantal earnings are not enough to support her family, so she decided to work in “omese” (night work) as singer/dancer from 12 mid-night to 3am without telling the husband. She continued sending money to her family in the Philippines secretly.

Since Suzuki was jobless, he turned to drinking and gambling, with the money for the rent on their apartment, electricity and water.  When Chantal confronted him, he became violent toward her.   Chantal was so angry, but she couldn’t do anything.  She went back to her work and tried to borrow money from friends.  She found it difficult because most of her friends are in the same situation; they need money also.    Chantal tried to borrow money from one of their Japanese customers in “Omese”.  Mr. Sato took advantage; instead of lending her the money, he offered her a large sum on the condition that she sleep with him.  Chantal agreed to stay overnight with him. The following day was her day-off from work in “Obento.” When she woke up she saw a note from the man saying, “Just rest. If you are hungry there is food in the kitchen, feel free and wait for me”.  So, she continued sleeping until he returned.  Mr. Sato again offered to give her a monthly allowance to send to her family in the Philippines on the condition that she would stop working at night and live with him. Chantal accepted the offer; she stopped working at night clubs but continued working at “Obento” during the day, sometimes going back home to give money to her husband.

After 3 months living with Mr. Sato, she found out she was pregnant. She couldn’t believe that at 35, having been married for almost 10 years, now she was pregnant not from her husband but from another man.  This coming November 10, 2020 she is qualified to apply for a permanent visa, but if her husband finds out that she is pregnant by another man, he might cancel it.     Chantal was now very stressed and confused. How could she tell her husband that she is pregnant when she hadn’t been living with him for over three months? Chantal decided to divorce Suzuki her husband and planned to marry Mr. Sato.  However, when she informed Mr. Sato about her situation, he stated that he is not ready, and to have a child and family at this time of pandemic crises is not a priority.  Mr. Sato suggested that she have an abortion and gave her money to pay for it.   Suzuki (Chantal’s husband) does not know anything about her pregnancy; he knows that Chantal is working and thinks she has been staying in her friend’s apartment.  At the time of this writing, Chantal is still in the process of discernment.  She asks for prayers to help her discern.

Note: I am still helping her to make a good discernment.  Abortion here in Japan is legal.