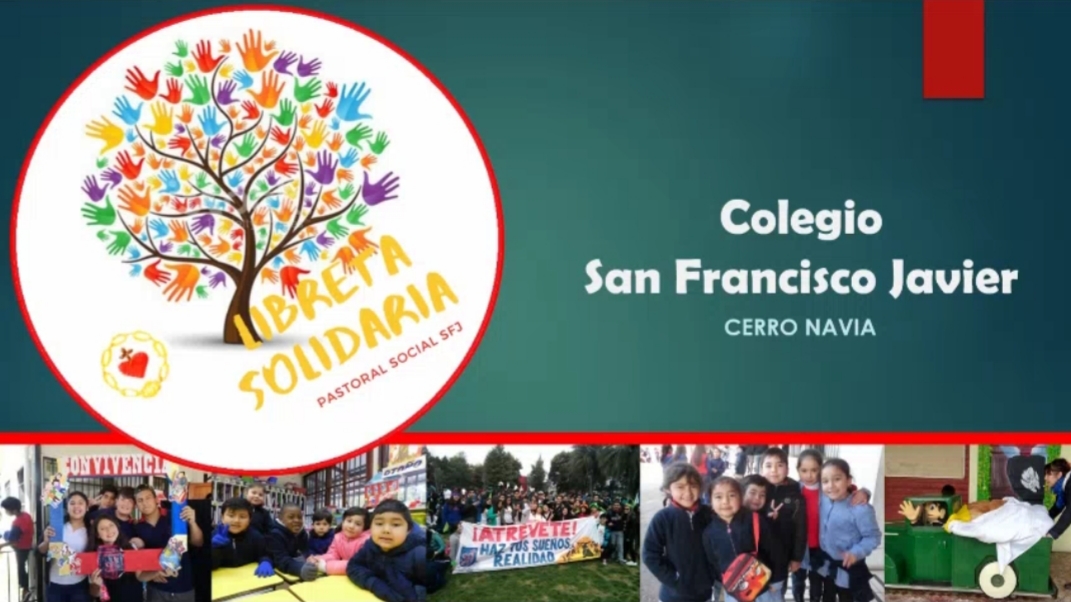 As has happened in so many of our surroundings, the pandemic has dealt a devastating blow not only to health but also to many other aspects of people’s lives. In our neighborhood, in the district of Cerro Navia, on the outskirts of Santiago, the unemployment (from layoffs in workplaces) and the impossibility of working (uncontracted labor or the more precarious positions that do not include “permission to commute” during the quarantine) brought serious consequences, which made even more evident the vast inequity that the social protests have been forcefully denouncing in Chile since last October.

In our school since April we have been receiving some monthly food assistance for the students enrolled in the School Nutrition Program; we promptly distributed it, managing to “supplement it” for the recipients. Even so, it was so little! Mothers or fathers were coming to the school asking for help, sharing their desperation at not having anywhere to go to obtain food for their families. Through some teachers, we found out about other situations of dire need.

During the month of May, a teacher at the school came with a donation equivalent to a bit more than 800 euros. She had canvassed her contacts, thinking of the families of the school. Almost at the same time, a friend of the community sent almost 500 euros for the same purpose. With this base, we dared to begin a project that we had been thinking about and that was already being done in other places in the country. Each family is given a “Solidarity booklet” equivalent to an amount of money with which they can buy what they need in a nearby grocery store. In this way, it benefits not only that family but also the grocery store (that is, another family from the same neighborhood), reinforcing a local, circular economy.

The entire pastoral team of the school was involved in the task, adapting the experiment to our situation, managing to implement a system of assistance that is sustainable, just and in solidarity.

During the month of June, we made all the necessary preparations. In July, the pilot program began with 27 families. It was a good experience! At the end of the month, we began to raise money among our contacts in order to be able to sustain the project over time. The response was so generous, that in August we were able to increase the number of families to 50, and in September to 80. We also received a contribution from Sr. Rosario, the Superior General, and that friend who donated at the beginning continued his support. Furthermore, we have witnessed of the inspiring generosity of some families: “Sister, we are not so badly off this month…give it to another family.” One mother, whom we had helped for two months, and who was able to collect some money from her pension, even made a contribution in order to “pay it forward,” so that another family could receive a booklet.

We continue doing our best in this project, even knowing that it is just a bit of help in the midst of a great need, which keeps on growing. Still, it is the “taste” of the Kingdom…