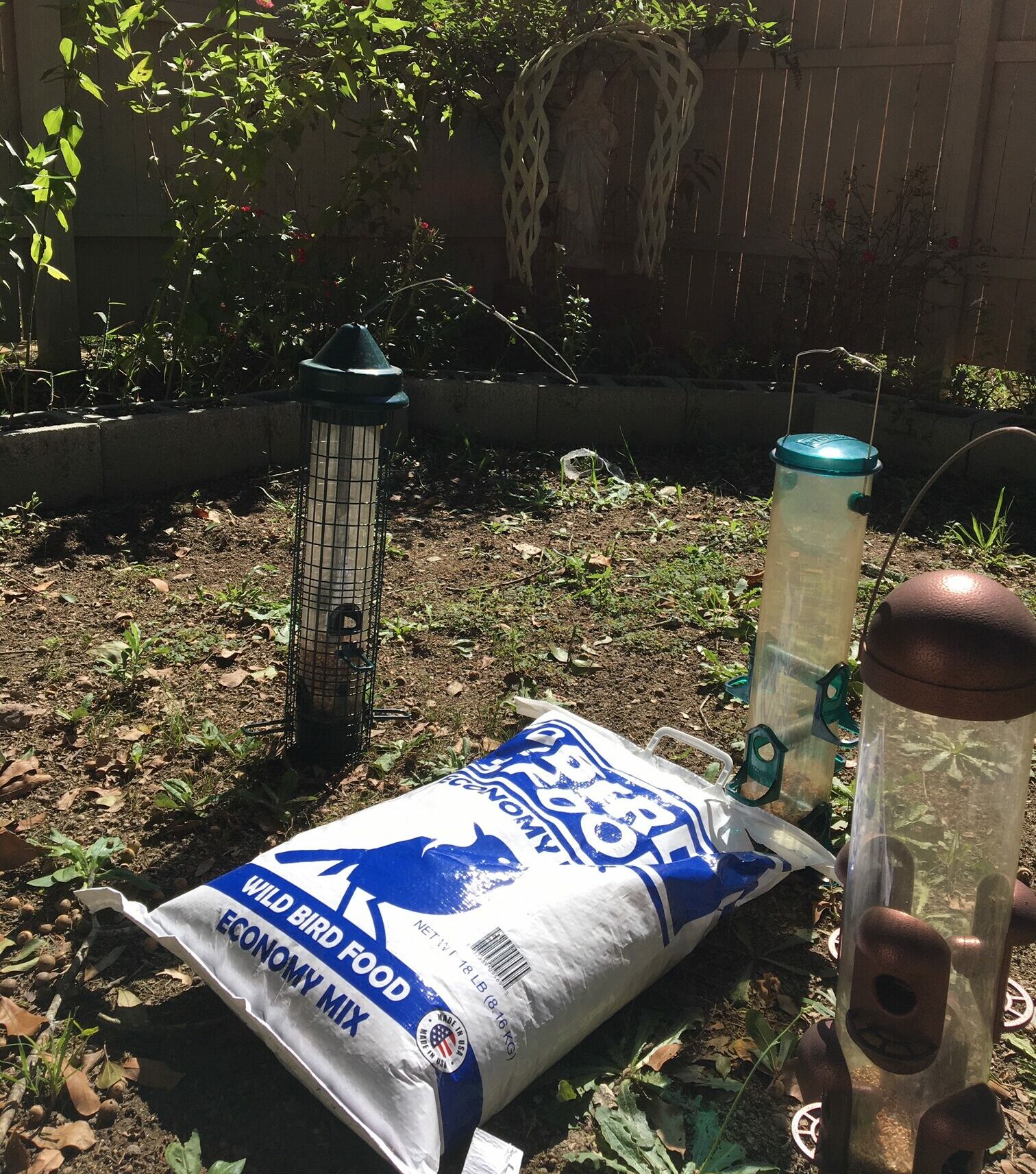 Handmaids in all five communities of the US have been feeding birds for many years. This year during the Season of Creation we learned their essential importance in the total ecosystem.

By exploring the commitment of AUDUBON SOCIETY we have understood that birds do much more than sing and beautify the sky and trees.

Handmaid´s community in Miami has a “Climate Garden for Living Things” butterflies, honey bees, ground-hugging insects, chipmunks, and naturally birds. Athens community has five bird feeders, Haverford community, seven—note the live deer in the background! Lay friends support the feeder. Wyncote school children take care of their bird feeder and now the Handmaid community has added its own. Philadelphia community has three on a very small city plot on the city’s main thoroughfare, and supports the Nature Conservancy, which is akin to the Audubon Society.  We enter the Season of Creation recognizing the role of flying creatures in balancing life on our small planet and have sent modest contributions to these two societies who can network and advocate widely.  Bird migration thousands of miles to South America is a significant fall event in the US. Unnecessary dangers for tens of thousands of bird-migrants are countered by publicity of the bird advocacy groups which Handmaids support.

For instance, the 911 four mile high Lighted Fountains Tribute lit from dusk till dawn on 911, September 11th,the anniversary of the destruction of the Twin Towers in New York City, attracts up to 160,000  Canadian and American migrating birds to the lights each fall. Their instincts do not allow them to leave the site, and they fly round and round the mesmerizing lights until they drop of exhaustion by the thousands. Now nature respecters have advocated with the city to turn off the lights for 20 minutes at the in-flight approach of migrating birds, and turn the fountain back on when the birds fly over.   A modern example of cooperation between humans and animals that would please Pope Francis!