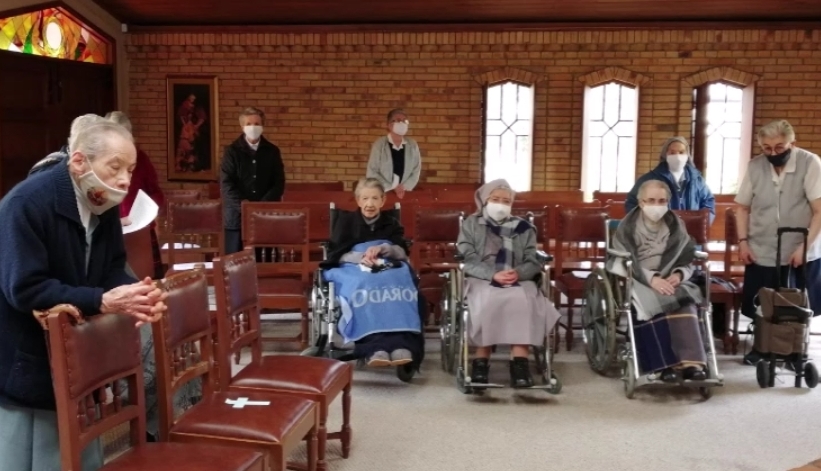 On October 12 in the Province of Colombia-Panama we celebrated our now traditional annual Eucharistic Gathering, inviting the ACI Families of the different communities. This year it was virtual and with excellent participation. We chose as theme: An existential offertory, inspired by Laudato Si, 236, and Teilhard de Chardin’s “Mass on the World.”

We began with Lauds and an adoration, followed by the Eucharist, celebrated by Fr. Víctor Martínez, SJ, in the chapel of our Bogotá school, and from there we transmitted to the other cities.

At the time of the Offertory, each community and ACI Family group presented before the altar, with an appropriate symbol, a pain or suffering that has especially affected us, and we united it to the Bread that would be transformed into the Body of Christ. In the same way, we brought a joy or gratitude for a gift of the Lord, to “mix it” with the wine that would become joy and salvation for the world.

We had prepared for this moment and offering, with community reflection and prayer, which the Committee for Ongoing Formation had proposed to us.

It was a positive and rich experience of fraternal re-encounter and Eucharistic experience.