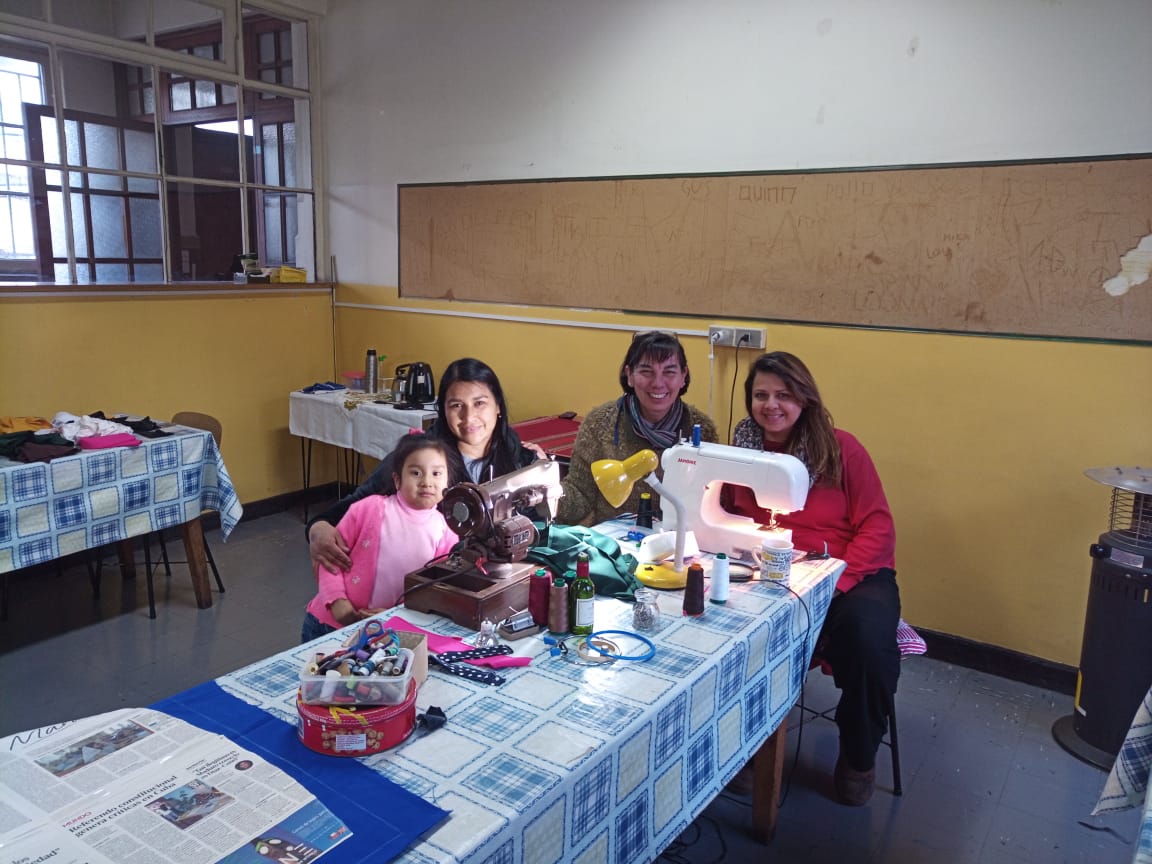 Posted at 05:54h in Migration news by ACI

The pandemic and the lockdown has dealt a harsh blow to the economy of the country, and those most affected have been the immigrants. They were soon left unemployed, and therefore, without any way of subsistence. Many gathered in front of their embassies to ask to be repatriated. The young, older adults, children lived on the streets for weeks. That’s how we found Maria* and Eduardo*, a Venezuelan  couple whom we invited to come to live in our house. We set up a part of the quarters of the former school for them, and they moved in there, contributing a small sum for rent.

Maria had lost her job, and with the winter cold she was also losing her joy and hope. She tried to keep moving by doing innumerable household tasks so that she would not freeze from the cold, and one day we dared to start a small business together.

In the house there was material from old tablecloths or decorations, also sewing machines and some thread. With that, we tried out a pattern for a kitchen apron and got underway. Her ingenuity and creativity grew, and the shop space also became a place for meeting, conversation and company. Soon Eduardo and Juan,* a young Peruvian who was lodging in our house and had been left stranded by the closure of the borders, contributed his skills in computers and social networks. Later they were joined by Francisca,* also Peruvian, who came to the shop with her 4-year-old child whom she could not leave alone.

We designed and sewed our aprons, many persons bought and helped to market them; many others offered material, thread, used clothing from which we could recycle the material and convert it into more aprons. In a short time, there was a beautiful synergy of affection and collaboration that went on for 4 months, the harshest time of the winter.

A while ago Maria and Francisca found more stable work, Juan returned to his homeland, and Eduardo continues to look for work here and there to  live and help with his work. The shop was declining in its work aspect; nevertheless, it continues to be a place of encounter, fraternity and creativity because it was a place of apprenticeship. We want to duplicate it in other situations and/or places so that it can be an opportunity for acceptance and promotion.

There is no doubt that by means of the material and thread, in the midst of scissors and needles, God came to us to save us from the sadness and paralyzing cold of winter.