THE CHALLENGE IS THAT OF RECIPROCITY/FRANCE 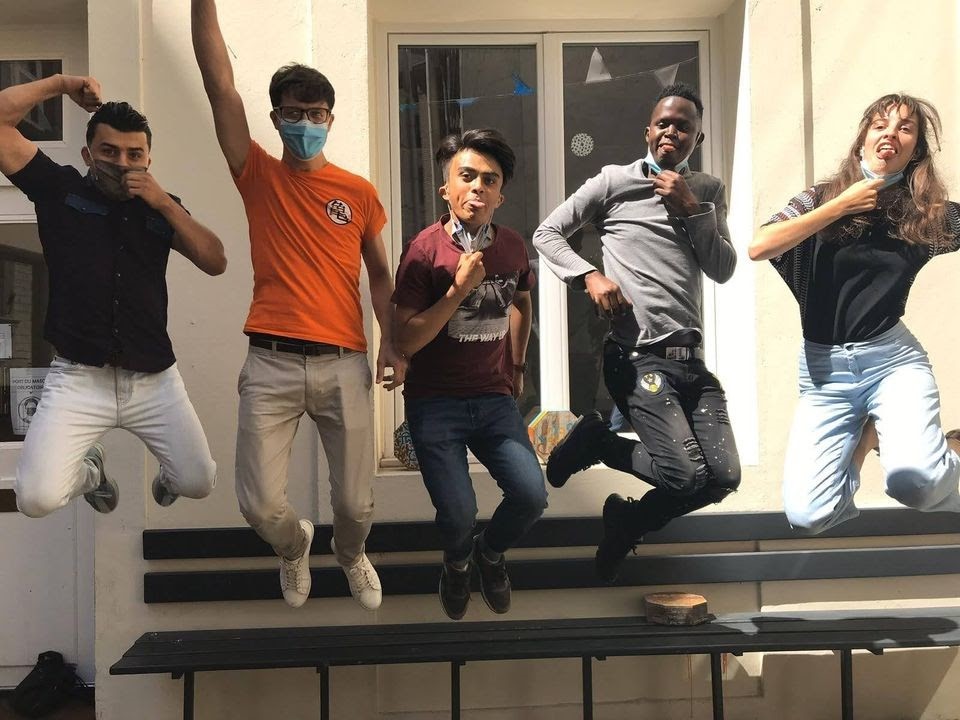 23 Oct THE CHALLENGE IS THAT OF RECIPROCITY/FRANCE

Posted at 15:22h in Migration with others by ACI

This year some activities were cancelled and others arose as an opportunity to broaden our apostolic summer camp.  That’s how I got the chance to participate in the summer school of “JRS Jeunes” (JRS Youth) of Paris where all collaboration is welcome. I spent a week there and discovered a marvelous new world through being with the immigrants.

In JRS Jeunes, the challenge is that of reciprocity. This means that we are not divided into volunteers and persons who need help, but that all of us are participants. All of us can give of ourselves. We all come to participate in activities that are organized gratis (in many senses of the word) by migrants and/or French youth, and in which we are all called to serve, welcome and converse.

We began the week with a nature walk and the first encounters were around an ice-breaker with many difficult names to learn. Conversations on the train and then in the woods before a broad vista or around a sandwich prepared by those who were available at the moment. And so there opened up opportunities for real encounter. The faces that were at first strange and enigmatic became faces full of life. The large majority of the immigrants are young people or men who left their country and their families, many during their adolescence. They traversed half the world, they settled in a European country where they learned a language, and even graduated and work and yet have to go through successive denials of permission for asylum. In France they seek a new opportunity, but they start from zero. Behind a face, so much richness and such fragility. Someone who already knows at least five languages, and who learns his first words in French  with the enthusiasm of a child, who lives each day feeling unworthy of being here, far from his family that he has not seen in over five years and about whom he would rather not speak, because he does not want to cry.

Throughout the week the activities helped us to be on equal footing: an afternoon of theater, some sports competitions in the gardens of Paris, a workshop on creative writing in which each one ended up expressing the land of his dreams in the lyrics of a song. The opportunity of showing one’s talents brings out the dignity of each one. The normality of the encounter leads to laughter, dance or simply to a simple conversation about what we like to do or to eat, the people that we love, and even about our faith.

At a time when General Congregation XX asks us to “walk alongside the impoverished,” thanks to JRS I have discovered a way of “doing with” instead of “doing for,” when each one wants to give of herself, communicating herself, and we all realize that we are, at the same time, rich and poor, capable of giving something and also of receiving freely and being at ease with one another. (I, too, needed that after these months of lockdown). Promoting the cultural rights of the refugees, the “JRS Jeunes” lets us all rediscover trust in ourselves and get out of loneliness and the difficulties of life in exile. I felt it a privilege to be able to be part of this dream become reality, in simplicity and with others who do not remain indifferent to the “victims of the unjust dominant system.”