OUTREACH FOR THE TYPHOON DISPLACED VICTIMS/PHILIPPINES 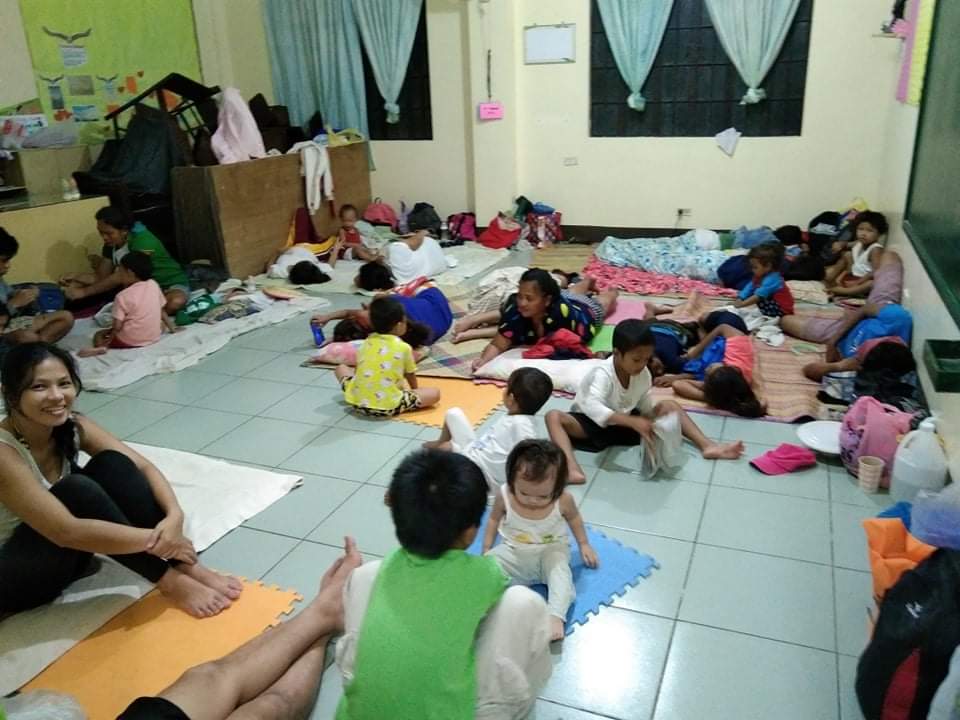 Posted at 06:25h in Migration news by ACI

Typhoon Rolly was the strongest typhoon in the Philippines this year, making four landfalls and leaving people dead, while causing damage to agriculture and infrastructure. Only a week later, Typhoon Ulysses caught everyone by surprise; it battered the Island of Luzon, leaving many provinces and areas in Metro Manila submerged in floodwaters.

On November 15 at 3:00 am, the sisters (Sr. Francia, Sr. Lani, Sr. Emy and Sr. Sharon) travelled to Bicol in a rented van. After a less than 10-hour trip, we arrived in our community in Sabang, Naga City, while the Mass was going on. We had lunch, and after a short rest we resumed our travel, going to the family of Sr. Francia in Nabua, Camarines Sur, where we stayed for 2 nights. The members of the family and some friends helped pack relief goods to be brought to the different areas.

Early in the morning the following day, we went to our first destination in a Relocation Center in Guinobatan, Albay. The houses of the survivors were covered with mud-flow from Mayon Volcano. After coordinating with the MSWD, we started the distribution of the relief goods and clothing. The people’s smiles are so contagious while receiving our simple sharing.  As we handed out the packages, we spoke to some survivors, and they said, “We are homeless; we lost loved ones, and lost our means of livelihood.” More than for material things, they also yearn for emotional and spiritual healing.

Afterwards, we went to Tiwi, Albay, where Typhoon Rolly had made its second landfall. What a disheartening feeling to look around and see the destruction and the poor situation of the people. Thousands of families have lost their homes and are in need of basic goods and infrastructure. We started the distribution of relief goods facing the Pacific Ocean, and people did not mind the scorching heat while receiving the goods. What is important for them is that they have something for the whole family to eat together. In another area, we distributed cooked food, clothing, candies and masks. They were so appreciative of the food we brought, and they commented, “Wow! Very delicious fried chicken with rice …” Many people in that area alone are still waiting for help, and people who were displaced have either returned home to rebuild or are waiting to be relocated. Solutions are still needed to put them back on the road to their dreams. Some people we met are drawing strength from their faith in God.

Our school in Sabang, Naga City welcomed 45 families who where badly affected by floods and stayed there for 2 days. The sisters assisted some families to rebuild their homes. The families of our students at Santa Rafaela Maria School received one sack of rice. The sisters in Daraga community distributed rice to the families in Kilicao, and the feeding program for 100 children is still going on. They are also helping some families rebuild their homes. The sisters went to the relocation center and distributed food to the people. Our community in Tandang Sora mobilized resources in cash and in kind, and shared this with the Albay victims. Sr. Emy also distributed rice to the victims in Travezia, Guinobatan.

The smiles and heartfelt gratitude from the victims for the small things they received make us joyful in serving them. As a congregation, we stand in faith that God has given us as His hands and feet to serve the people, and we thank Him for giving us the faith to continue living and trusting amid the great loss, devastation and suffering.

Our deep gratitude to all our benefactors who share their blessings with our brothers and sisters who are victims of Typhoons Rolly and Ulysses. Thank you for giving them a reason to live and continue to struggle in life, for it makes them strong and determined individuals and communities.