A NEW NATIONAL NARRATIVE THAT UNITES A DIVERSE PEOPLE/USA 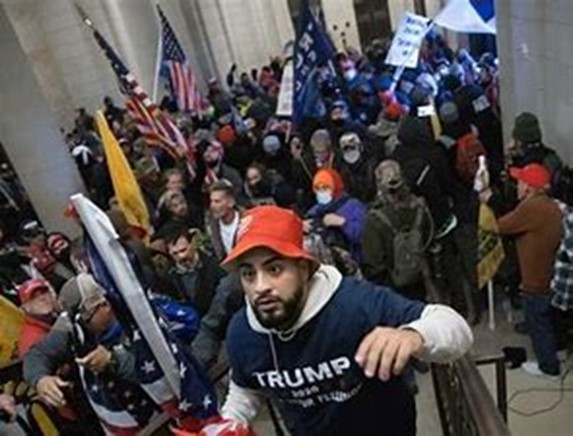 Posted at 07:43h in Migration news by ACI

On Jan 6, 2021 supporters of President Donald Trump stormed the Capitol building, on the false claims of voting fraud, as the US Congress voted to certify President-elect Joe Biden’s victory.

The Trump-incited insurrection has shaken us all to the core, even though it was entirely foreseeable. To be sure, the ugliness and savagery of Trump’s putsch does not reflect who we as Americans should aspire to be. Generations before us strove, and oftentimes died, trying to make ours “a more perfect union”. We must continue that work.

Biden’s victory is a light at the end of a very dark tunnel, not only for immigrants but also for activists calling for reform.  Our fresh hope is that President-elect, Joe Biden, can swiftly reverse many of Donald Trump’s immigration policies. In the 4 years of the Trump administration, he has managed to reshape the US immigration system through more than 400 policy changes. The single focus of all his executive and regulatory actions on immigration was aimed at imposing major restrictions and expanding enforcement efforts.

Joe Biden will have an opportunity to reverse some of the Trump’s hardline policies and to make significant changes to US immigration policy.

On January 20, when Biden and his vice president, Kamala Harris, take office, they will inherit a multitude of immigration policies that include the following:

an Asylum system in ruins,

The Remain in Mexico Ordinance.

Biden’s ambitious promises, his “Plan for Securing our values as a Nation of Immigrants”, challenges Trump’s consistent narrative by emphasizing immigrants’ contributions. Key sectors of the US economy, from agriculture to technology, have always relied and continue to rely on immigration. Immigrants- a much younger population- keep our economy growing, our communities thriving and the country moving forward. Biden, “For generations, immigrants have fortified our most valuable competitive advantage, and our spirit of innovation and entrepreneurship”. It is the reason that USA had consistently been able to renew itself, to grow better and stronger as a nation, and to meet new challenges. Immigration is essential to who we are as a nation, to our core values, and to our aspirations for the future    Research suggests that the total annual contribution of foreign-born workers is roughly $2 trillion.

Some of Biden’s reversal policies can be fairly easy to achieve through presidential memos and/or proclamations, for example, canceling the travel ban against countries with a majority of Muslims, or reinstating DACA, which allows undocumented people who came to the country as children to stay and work.  Other tasks could become much more difficult, such as the Biden-Harris administration vow to stop border wall construction, to revive the asylum process that almost ended under Trump, to undo the “Remain in Mexico” program, and to send to Congress a Comprehensive immigration Reform Bill.

Biden has committed to a fair and humane immigration system, one that addresses the root causes that push desperate people to flee their homes in the first place: violence, insecurity, lack of economic opportunity and corrupt governance. As Vice President, Biden led the administration efforts in El Salvador, Guatemala, and Honduras, bringing high level attention to these issues and securing bipartisan support for a $750 million aid package to help the Northern Triangle countries implement concrete reforms. Trump froze the majority of the funding and created the current humanitarian crisis at our border.

The inability of the Northern Triangle countries to stem the violence in the region has created a regional refugee challenge. As a leader in the region, the US has a responsibility to help our neighbors process and support refugees and asylum seekers.

It is a moral failing and a national shame when a father and his baby daughter drown seeking our shores. When children are locked away in overcrowded detention centers and the government seeks to keep them there indefinitely. When more than 500 migrant children continue to be separated from their parents at the border. With the coming administration Biden-Harris we hope that a new national narrative will prevail; one that unites a diverse people and turns a dysfunctional system into a humane and functional one That in itself will be a miracle!