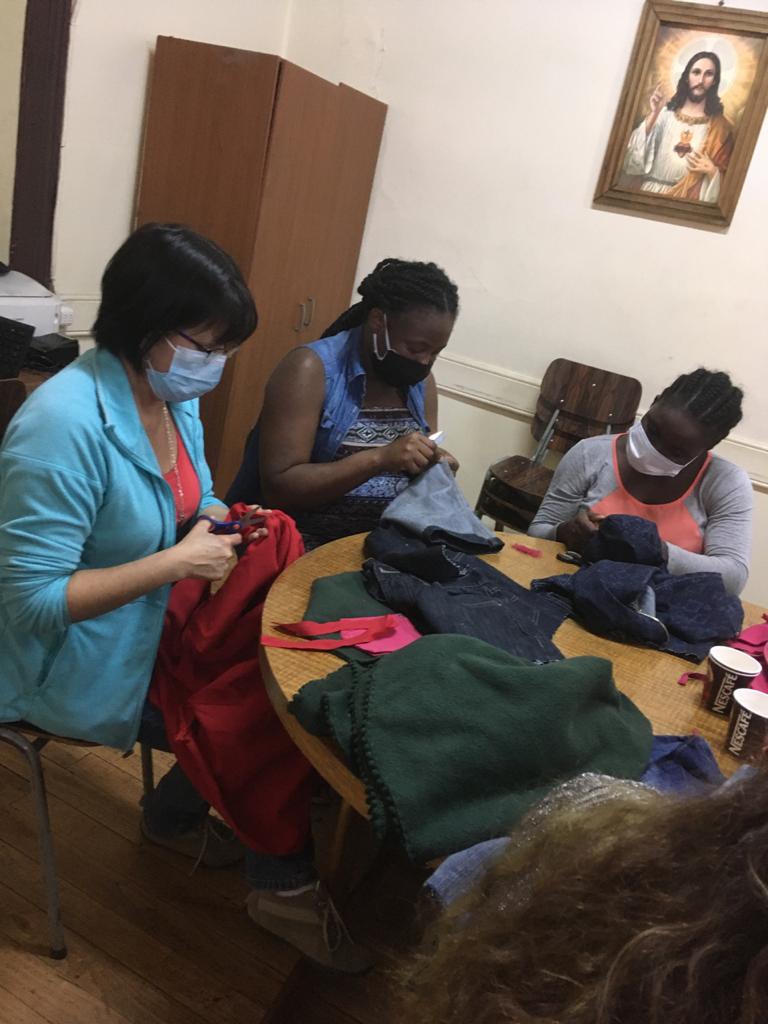 Posted at 09:28h in Migration news by ACI

The city of Curico, about three hours south of Santiago de Chile, is well known for farming and for the exportation of fruit. The opportunities for work that the city offers have brought a large number of migrants to settle there.

Since the migrant population began to grow considerably in the city some years ago, the diocesan Church has increased its efforts to attend in a coordinated way to the Ministry of Human Migration.  This is how the Human Migration team of the Vice-province of Chile sought the opportunity to join the diocesan team and learn to establish networks and contacts with the different civil and government organizations to help in this situation.

Between October and December of 2020, two Sisters of the Vice-province began to journey every week to Curico in order to get to know the situation, to attend an office of listening and orientation, and to look for ways and contacts that would allow us to be of service in the local situation and, at the same time, to discern a possible presence by means of a community of Handmaids in that place.

We found a very good team of committed laypersons in the area of migration, Christians that for some time have been experimenting and organizing themselves to collaborate with people in the situation of Human Migration. We found a Church that was very welcoming, that did everything necessary in order include us in this service, to collaborate and to learn. We found, above all, migrant persons, especially Venezuelans and Haitians, welcoming, collaborating, desirous of making community and being supported in their integration and input into Chilean and Curican society.

After a process of discernment in which the whole Vice-province  participated, we offered  our services to the Bishopric, and we asked our Superior General to open an experimental community in the city of Curico. We were very happy about these steps and about the opportunity for mission that was opening for us.

Beginning on February 27, 2021, two professed Sisters and a young postulant will comprise the community, and we will try to respond to the call of the Church and of the Congregation, through the realization of a Project of Help to People in the situation of Human Migration in the Diocese of Talca in the city of Curico.

We give thanks to the Lord for this opportunity, and we commend our efforts to St. Raphaela Mary. We commend also the efforts of the entire People of God in this diocese in the southern part of the world that, as a society, supports and is grateful for the presence of the migrant families that give new life and color to our country.