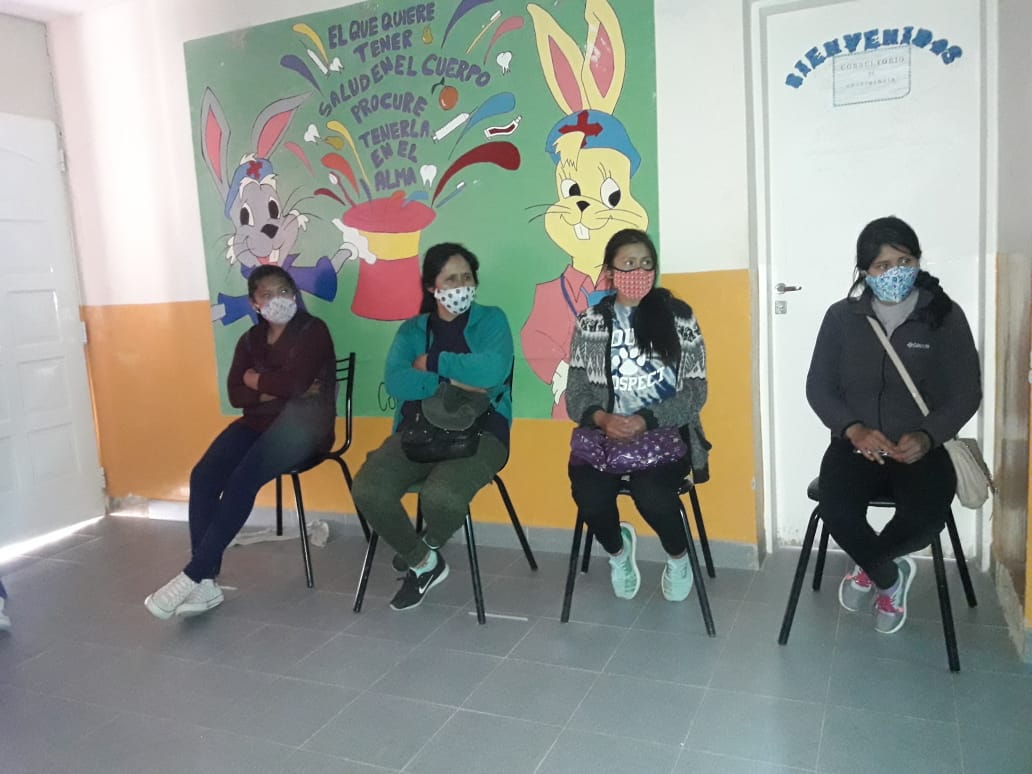 27 Mar ALL GIVE, ALL RECEIVE/ARGENTINE

Posted at 06:44h in Migration news by ACI

“Meeting spaces are being transformed into spaces where women are helping each other. At each meeting, more people interested in participating are appearing… We are creating spaces for young women where knowledge can be shared, with psychological support. All referring to women, family and gender violence. In this way we are also reinforcing the knowledge of all prevention measures regarding what is covid “

These are words that come to us from La Quiaca on the northern border of Argentina where, with the support of CONFIAR ES UN DERECHO, we are involved in the Pastoral for Migrants.

There, assistance and accompaniment are provided to migrants and refugees in the northern border area through orientation in documentation, referral to social services and awareness workshops for the community. The needs of the local population are also addressed by intervening in communities, vulnerable neighborhoods and precarious contexts with humanitarian aid actions and awareness workshops on issues such as trafficking, gender violence, labor and sexual exploitation and health prevention. The Migration Pastoral has functioned since 2003 as a reference for the local population and the transit population, providing a space for listening and direct help. It is equally important to work in the neighborhoods where the leaders of the Pastoral work, mainly with young people regarding their rights and their life plan.

The local population is mainly engaged in informal commerce, many transporting merchandise from one side of the Bolivian border to the other through illegal border crossings. In the fields and in the hills, families are dedicated to agriculture and livestock. The working conditions and the few opportunities make the economy of these families one of subsistence. In recent years, there has been an increase in pregnancies among adolescents and young women in the most marginalized neighborhoods of La Quiaca. As well as how cases of intra-family violence have increased, whose victims are, in most cases, adolescent and young women. In recent months, the cases of denunciation have increased considerably; Local references indicate that the mandatory preventive quarantine generated by the contagion of the Covid-19 virus and the consequent suspension of all economic activities, have worsened the conditions of many of the families who lived daily, and this reality has exploded in various cases of violence.

“Although it is true that the workshops are for young women, it is happening that on some occasions male adolescents ask to participate in them. Food is being reinforced with a bag of merchandise and the response could not be better … THANK YOU