THE SADDEST EASTER EVER EXPERIENCED/EAST TIMOR 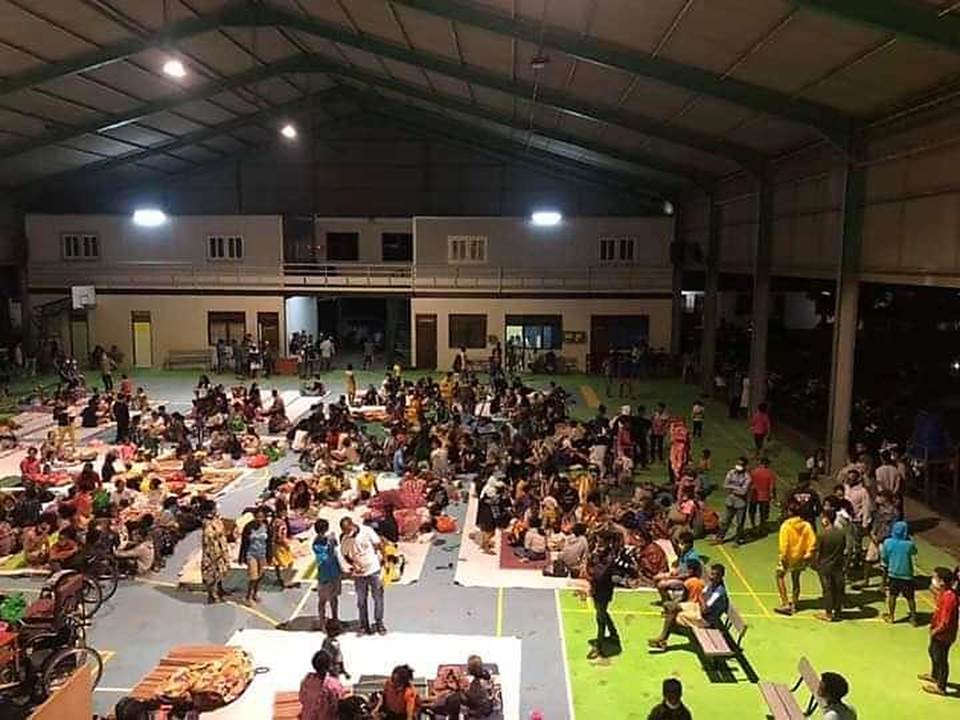 Posted at 05:29h in Migration news by ACI

Just “early in the morning” of Easter Sunday East Timor was attacked by a terrible rain fall which resulted in flash floods and landslides across the country.  Dili, the Capital, where I live was the worst affected municipality with more than 8000 IDPs  who sought shelter in 31 evacuation facilities.

The family of Olimpia who is an employee of our Nutrition Project met the disaster in a harsh way.  Olimpia was working in the River Comoro, gathering sand to sell for the construction.  Actually it is such a hard work that no other woman dares to do.  Olimpia had to because her husband is sick.  All of the family were living on a dry riverbed of the River Comoro.  On knowing such situation of theirs we rent a room in an apartment house for them.  After several months, they decided to leave the room and return to their former “house” on the riverbed.  Olimpia came to ask for some money to reinforce the house, but I refused, thinking we should not collaborate for an illegal house building!! Then she visited Sr.Kumi in charge of the project, and kind Kumi gave her prepayment for the coming 2 months.  They were extremely happy to live in the reinforced house in the riberbed, feeling much freer than a narrow apartment room.  It was right after that when this terrible disaster happened.  All the “houses” built on the riverbed including their small portions of land to grow vegetables were washed away by the flood.  Now the family of Olimpia are still in Don Bosco Evacuation Center, without knowing where to go to live.

Why was this disaster so terrible?  Definitely the main reason was an uncontrollable natural disaster.  But there ARE many more reasons.  East Timor had been under foreign rules;  Portugal, Japan and Indonesia for more than 500 years.  When it became independent in 2002, many people considered  the construction of their new nation had to start not from “zero”, but from “minus”.  The lack of education on account of a long foreign rule, the lack of capable leaders on account of the fact that many such  people were killed during the Indonesian occupation and so on.  The result of this recent flood has revealed all these facts which continue to make the nation building, especially the infrastructure development, highly difficult.

The joy of Easter is not experienced only in our prayers, but is experienced,  living among such a suffering people who know how to smile even under this terrible situation.  That is what we are learning during the Easter Season of this year.