THE RICHNESS OF SHARING LIFE WITH ASSA 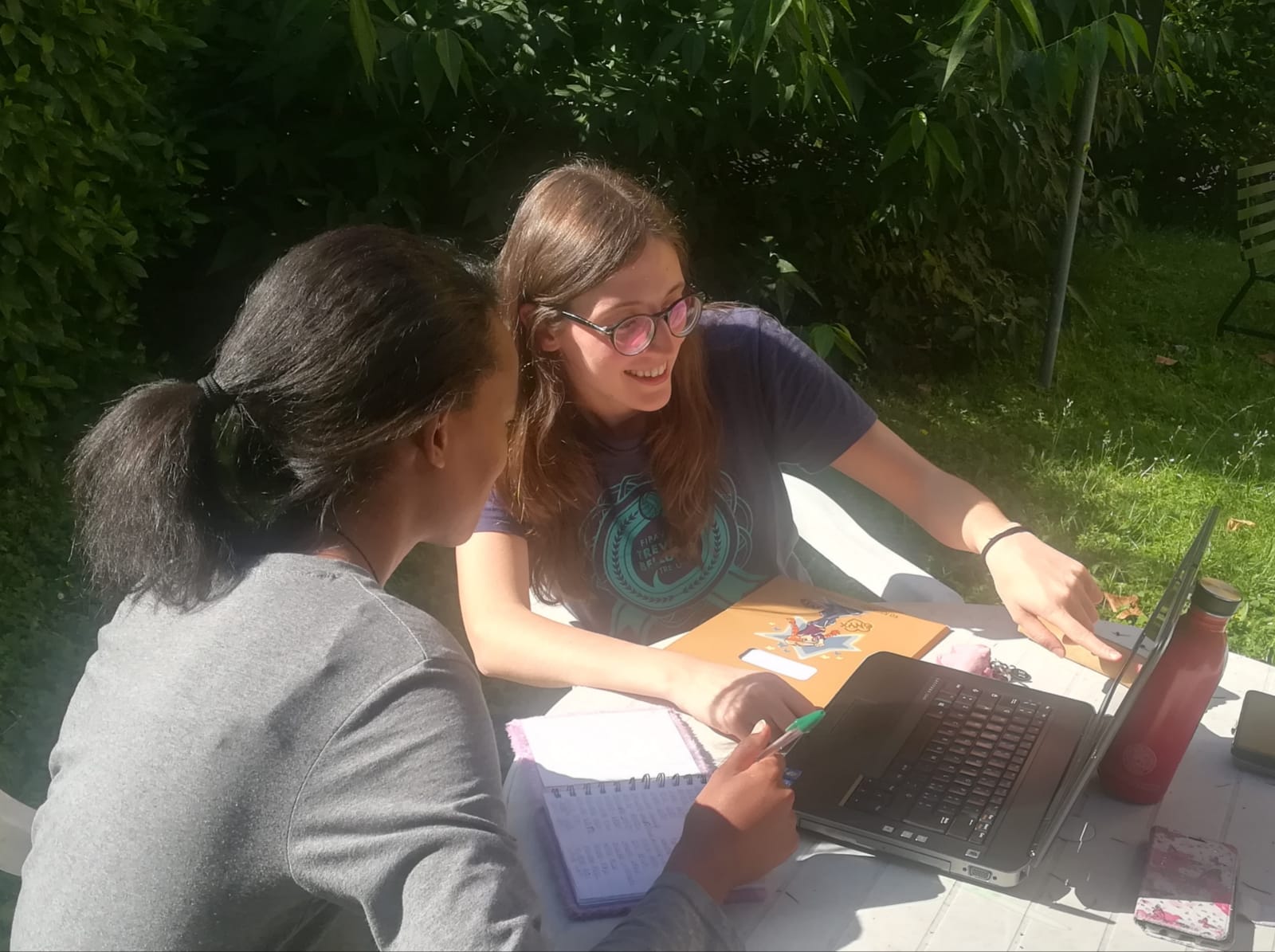 09 Jun THE RICHNESS OF SHARING LIFE WITH ASSA

Posted at 13:02h in Migration news by ACI

We, the students in the Residence know Assa, and last November, we told you the story of how she arrived in our community in Bologna, but at the beginning, because of a mutual shyness, we did not have a lot to do with each other. Fortunately, Ilaria, a former resident who had been invited over by the Sisters at that precise moment, served as a bridge between us and Assa. So, when we returned after our Christmas vacation, we began to develop a friendship with her and we discovered that Assa is a treasure.

The Sisters asked us if we could give up some of our time to teach Assa Italian. The students who volunteered began a weekly lesson plan, some more classic (using a book with exercises )and others  with a lighter approach ( how to understand Italian using songs).

The students who gave Assa lessons are very happy about how it went: Assa put in a lot of effort and refused to give up in the face of a language so different from her own. In addition, she is very curious and often asks for clarifications, even about subjects that we not part of the class.  We all felt very close to Assa: after a little awkwardness at first, we opened up to each other, talking about our different cultures and experiences in our lives.

Assa’s Italian has improved greatly during these past months. In January, we communicated mainly in English, while now  we can talk with Assa in Italian, falling back on English only whe we cannot understand each other. Assa’s dedication to learning Italian has positively surprised everyone and we are so happy for her.

As well as the lessons, Assa has dinner with us every evening. The evening has become a time for sharing stories, cultures and food.

Assa made us try a typical dish from Eritrea – shiro, a cream made of fresh tomatoes and onion, to which, once cooked a mixture of flour, chick peas and spices is added, (bereber). A delight for the palate, even if a little spicy. I have really enjoyed cooking with her and, above all, sharing our meals; she showed me the traditional way to eat shiro, with injera bread, a bit like piadina, with which to scoop up the cream and put it in the mouth.

Assa has also tried some typically Italian dishes, which we brought: she always tastes everything, although now she is a little hesitant about sweets made of almonds when we offer them. They are too sweet for her!

One night, while we were having dinner with Assa, we were planning  on making a mug cake, a cake in a cup. We could not explain to her what we wanted to do because Assa did not know the English word cup, mug. When we told her the word in Italian, she understood: not so much because she had heard other Italians say it, but because in tigrigna (her language) the word for cup is the same as in Italian. Assa told us then that there are many words in tigrigna that are similar to  words in Italian, like window and wardobe.

This discovery surprised us all,  because we had no idea that there were Italian words in tigrigna and it made us think about the fact of Italian colonialism in Africa, which is often described in our classes at school as an event of secondary importance.  But if so many words remained in the Eritrean language,  it must have left a deeper impact than we generally imagine.

Finally, before writing this article, we all asked ourselves which of Assa’s charcteristics had struck us or marked us the most.

What Eleonora values most is  Assa’s independence, or to put in better, her will to become independent. Assa is putting a lot of energy into learning Italian so she can become independent in Italy, but she shows her independence in other ways: she is always active, and she throws herself into situations the might be uncomfortable for her, like having dinner with us, the students in the residence, even when we did not know each other and she hardly spoke any Italian

Assa recalled with Emanuela that daily gestures and little everyday details are the same all over the world, even though in different contexts. When they talked, it turned out that they shared with each other experiences at school or adventures they had when they were small: however far away from one another we may be geographically, and however far apart we feel we are, there are some things that all human beings share

Cecilia, on the other hand, was impressed by Assa’s sparkling laughter and her sweetness, that comes out above all, when she is talking about her friends or her family

For Marta, Assa’s gift is her capacity to see the beauty in other people  and to shine a light on  it. Marta told me, for example, that when, she asked her how the Italian classes were going with the other student, Assa said very little about what they had done, but spent a great deal of time talking about the other student and her qualities.

Catalina, on the other hand, put into words a thought we all shared, namely, that Assa shows  incredible strength in facing life and merits our admiration for that. Her life experiences are very different from ours, but she deals with difficult situations, like separation from her family, with an enviable  strength of spirit

In conclusion, we would all like to thank Assa for everythng that she has given us during this year of friendship, and we hope that her life will always be more and more full of joy and happiness.