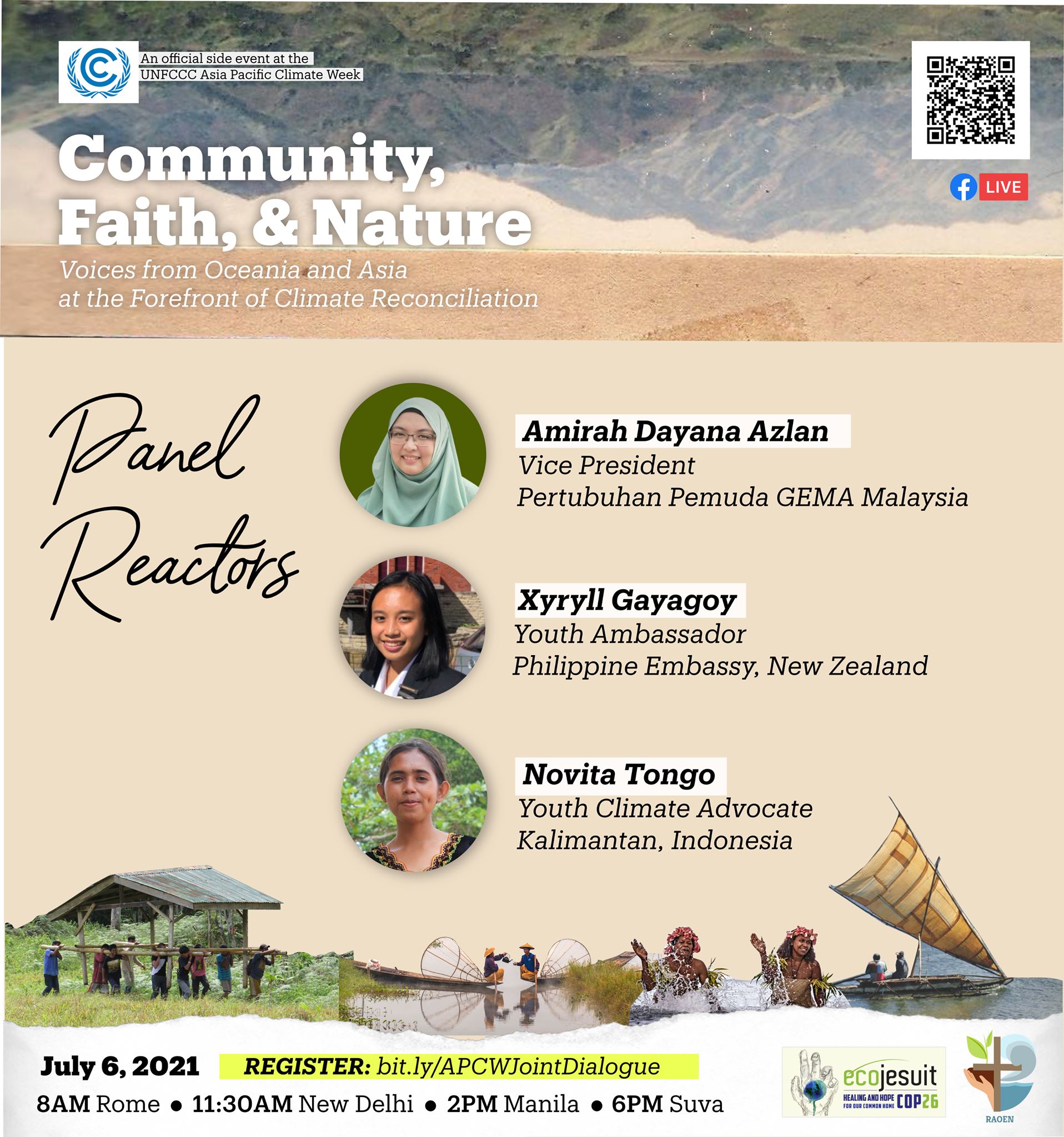 Posted at 14:23h in Migration with others by ACI

A couple of months ago, I read in this Newsletter about the people displaced by climate change and how to accompany them. Today, I would like to share something of the complexity of this problem in the context in which I live  and some of the initiatives in which we are participating.

The battle to preserve the jungle, to recover  the land now so badly degraded or to save river water, contaminated by mercury  and other chemical products, continues to be the great challenge in Kalimantan, as in other parts of the island of Borneo. And those who suffer most from its effects are not the ones who cause it! Here the so called “climate change” bears the names of big companies…

Indigenous peoples, in this case the dayak, who have always lived with a highly grateful  awareness of everything that they receive from creation, from the jungle which provides them with life, food and “natural medicines”, are now witnessing a destroyed jungle, contaminated rivers with no fish in them, and an unproductive land. Many have no alternative but to move away, looking for other places, displaced by palm oil companies, who invade their lands, or affected by diseases that they can no longer cure as before.

Nevertheless… we also see the efforts of  some local communities, concerned about the common good, who are taking concrete steps, joining forces to seek and carry out actions and provide answers using nature herself, to recover whatever they still have. Simple actions not driven by technology but based a shared gratitude and in solidarity with the needs of all and the care of our common home (known as the NBS Community – natured based solutions).

And in order to share these efforts, the Webinar… “Community, Faith, & Culture:  Voices from Oceania and Asia at the Forefront of Climate Reconciliation” , organised by  Ecojesuit and RAOEN, …

… wanted to involve people of faith also, whether Muslims or Christians. Novita Tongo, took part in the Webinar as a “responder” to the panelists. She is a young woman, from a small village in our area of Kalimantan, who after becoming involved in our programme of bambu sustainable development, has begun to commit herself even more, taking action related to the conservation of nature, leading and motivating other young people  to take concrete actions in their community,  in an area where there are palm oil plantations, who, at this time, are  in the process of cutting and replanting, and where the increase in temperature and drought are making it more and more difficult to live in harmony and in a dynamic of gratitude, because they are having to fight for everything, and are now living in a survival mode in order to avoid being displaced. Seeing all this, has lead them not to drop their arms or to throw in the towel, but rather, to begin, with firm conviction that all the small actions they take together are extremely important as a response to the climate crisis; and that the voices of those who are carrying them out, must be heard.   Novita, and other young Asian activists, whom we heard in this Webinar, inspire us and they are, without a doubt,   “the incarnation of the change’ which we need and which we have to achieve all together. I urge you to listen to them attentively as well, as to the other panelists: Cardinal Bo from Myanamar, the President of the Protestant Churches, our great friend, Pedro Walpole SJ., a Muslim Professor from the University of Jakarta…