TO BE A NEIGHBOUR TO OTHERS (FT 81)/PARIS 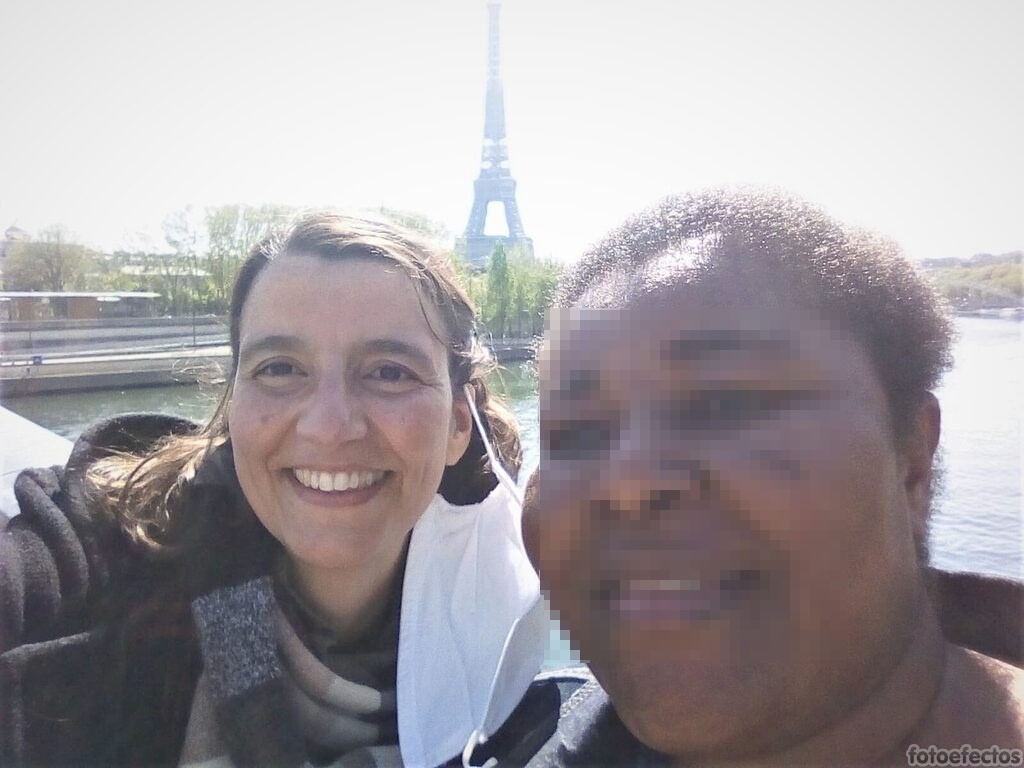 Posted at 15:05h in Migration news by ACI

Angel[1] is a woman who was born and grew up in Togo. Some years ago, when her life was sorted out, her dynamism and her concern for her country, lead her to become involved with those who were opposing the corrupt Government of her country. This meant that she was put in prison, from where she managed to escape, with the help of a prison guard who was from her village, on condition that she leave the country…. She did so, with only the clothes she was wearing, by night crossing the land border with Benin. After different ups and downs, she arrived in Italy  where she was  recognized as a political asylum seeker. Although she would never have left her country if she had not been forced to, to save her life, she was ready to begin a new life. Almost nothing has gone well for her, beginning with her health, without which it was impossible to work, and for that reason, dreaming of future and, at least, of being able to help, even from far away, those whom she had left behind…

Angel crossed our path for the first time in 2018, thanks to JRS in Italy, she has enabled us to incarnate what Pope Francis refers to In Fratelli Tutti, 81: I should no longer say that I have neighbours to help, but that I must myself be a neighbour to others.

I knew her in Rome during my six months of Tertianship (a time of formation prior to making final vows).  She was very discreet, but always had a smile on her lips. I spoke to her quite a lot in French because it was her mother tongue (and it was good for me to practice!) She did not talk very much but she was a good presence and gradually won the Sisters’ affection. Six months passed and I left Rome and returned to Portugal … Angel stayed with this community which she had come to consider her second family.

From Portugal, I was missioned to Paris. Sometime later, I received a message from a Sister in Rome, telling me that Angel was in France. She had had heart surgery but was no longer in hospital, and she felt very lonely, lost … She hardly had anyone there.  A few weeks later, I went to see her. We were in a time of lockdown, but the French government was allowing travel to offer support for people in need… I took advantage of this possibility.

We spent a lovely day together the two of us … visiting the city, chatting. At the end of the day, Angel, smiled…   And I was also happy, to have met up again with this very fragile woman, but who, at the same time, had come back to life a little, thanks to our simple and joyful meeting

I thank God for the opportunity of knowing and accompanying her. What she is living through is by no means easy, between her illness and the fact of being undocumented here, in France. She is still very alone in the city where she is staying, but, at least, she knows that she has us “nearby”.

I was very struck, from the beginning, by her closeness, and I do not know which of us was more a neighbour to the other, her or me. She has come to Paris twice (once for her documentation and the other time simply to be with us, to go for a walk… and she is at home in our community, as in her family!

Angel never asks for anything … but is infinitely grateful for everything we can give her. She has an open heart, which makes us open our hearts. She trusts us completely, and she teaches us what dependence means, not a unhealthy dependence, but a dependence that knows she is loved and wanted.  Yes, Angel makes us step out of ourselves and bring to life the words of Pope Francis in Fratelli Tutti: “I should no longer say that I have neighbours to help, but that I must myself be a neighbour to others”. (n.81)

I believe that more than us, it is she who is a neighbour to us , she helps us to step out of ourselves and give of the very best that we can.

In her fragility, Angel gives us strength, to want to approach the fragility of the world more and more, to become neighbours of those who suffer, to take steps (even if very often small ones) to build the Kingdom, to do what we can so that all will feel they have a place in this  very unequal world.

Angel tells us that we are family, we have adopted her now and, in this  interchange, we become neighbours of one another, of our suffering world,  of those who simply seek a meaningful future with security.

Angel helps us to have a more universal heart… My wish: that “many Angels” will come into our lives, because these people humanise us, and invite us to hope and make us fight for a more just world…