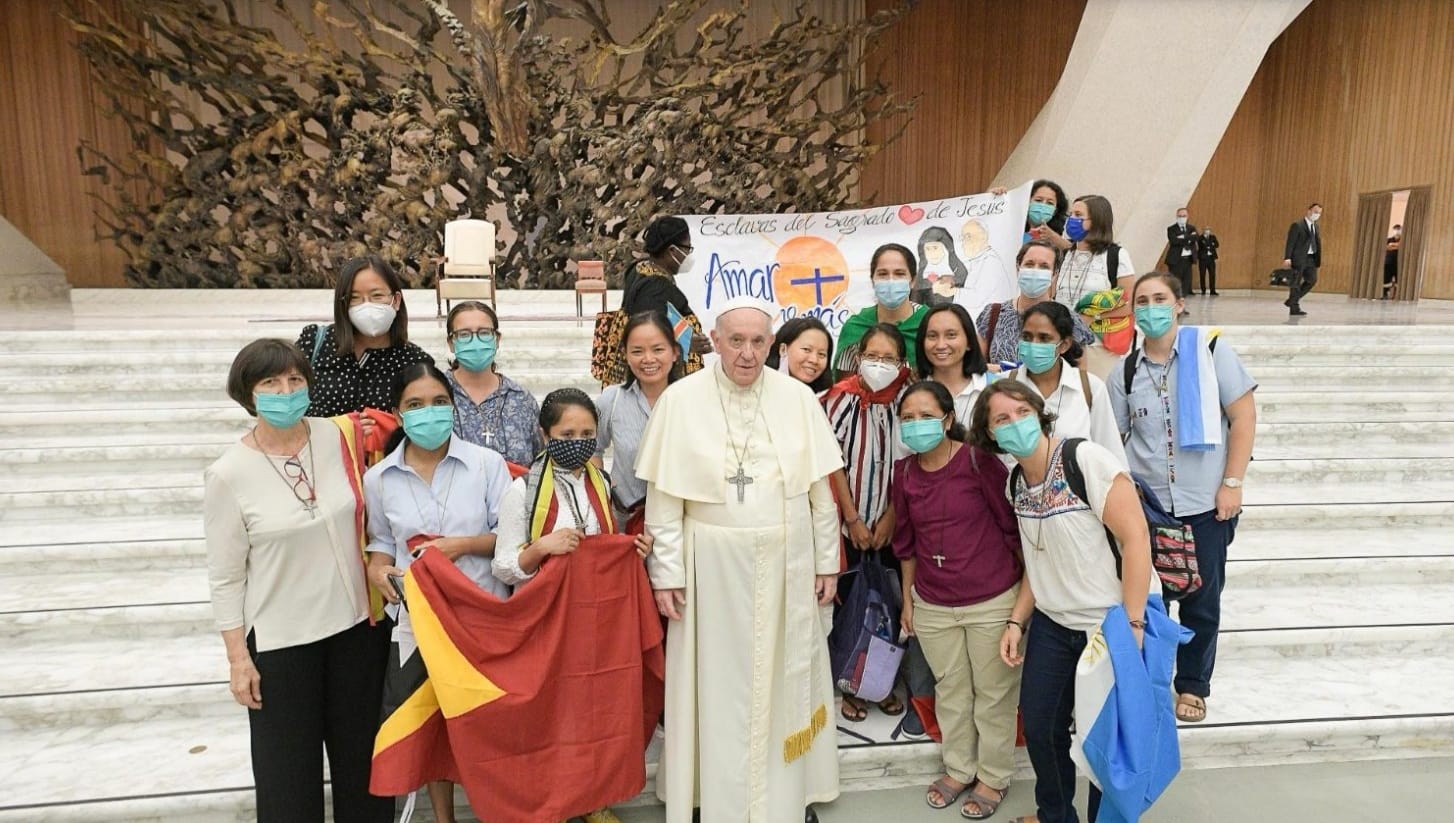 On Wednesday, September 8, the Tertianship community participated in the Pope’s General Audience.

There were many people at the audience, around 3000, and since we did not arrive very early, we were seated toward the back of the Paul VI Hall. At the end of the audience, the Pope, as usual, greeted the people in the front row one by one while we waited for him to pass to the back so we could greet him from a distance. Suddenly, we heard a call on the loudspeakers: “Ancelle del Sacro Cuore di Gesù, preghiamo passare alla porta dell’ingresso (Handmaids of the Sacred Heart of Jesus, please go to the entrance doors).” We immediately ran to the doors where they let us pass to where the Pope was, and he came to greet us! We received the incredible gift of a profound encounter with him that filled us with excitement and enthusiasm. We were able to meet Francis, who has advanced great changes, risked a lot and has also known how to suffer. We have lived an unforgettable experience of what St. Ignatius of Loyola calls sentire cum ecclesia (thinking and feeling with the Church), not only in this moment with him, but also as we contemplated him closely as he took his time to be with each person and share with them a word from God.

When he approached us, he pointed to our drawing of Saint Raphaela Mary and invited us to always look at her and learn from her. He encouraged us to seek communion in everything, as she did. It was nice to see that he knows the Institute very well and that he loves Saint Raphaela very much. This confirms to us how much value her life and her courageous example of silence hold for our world today.