PRAYER VIGIL FOR THE MIGRANTS WHO DIED AND DISAPPEARED/SPAIN 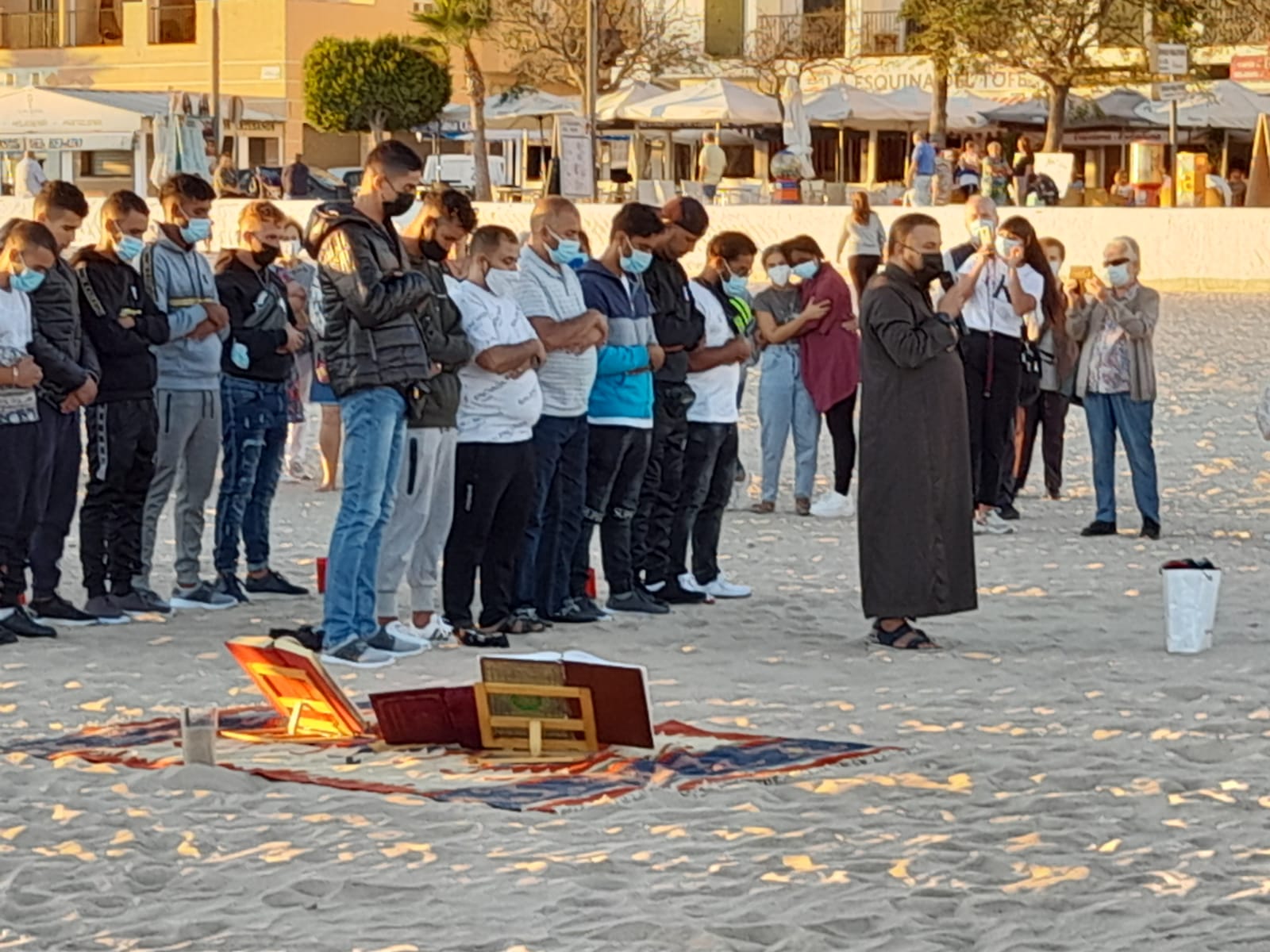 Posted at 05:34h in Migration news by ACI

“WE ARE ALL SONS AND DAUGHTERS OF THE SAME FATHER”

On Thursday, October 12th at 18:30 S. Aurelia Serrano and myself, we join a Prayer Vigil on the beach of Carmen de Barbate, in the Province of Cadiz, to commemorate 25 migrants who died and disappeared. Only 10 bodies were retrieved.

Mgr. Rafael Zornoza Boy, Bishop of the Diocese  of Cádiz and Ceuta, presided at the Vigil. Among those present were the Iman of Barbate, men and women religious, priests, the Mayor if the town and lots of other people,  including many young people  from Morocco . (All the dead  and disappeared were from Casa Blanca).

At the beginning io the prayer , we gathered in a circle. In the centre, a typical marruecan cloth,   with Arabic motifs , was placed and on them a Bible and the Koran , 25 white carnations and 25 red candles, one in memory of each of the people who had lost their lives, while seeking a better life.

The Bishop’s message was a sad denunciation of  the causes of so many unjust deaths. He prayed for those who had lost their lives, for the families of those who had disappeared, for our political leaders that they put in place sufficient means to prevent such tragedies.

It was very moving to see Christians and Muslims praying together. To see a Bishop and an Iman praying to the same God because ”we are all in the same boat”.

The Iman prayed the muslim rite for the dead with the young people and sang the Fatihat  which is the main muslim prayer.

The prayer was accompanied with both christian and muslim readings and songs expressing sorrow, emotion, denunciation and forgiveness  of all those who are complicit in these tragedies.

At the end, the young people threw 25 flowers into the sea in memory of the 25 people who had died on October 15th on the coast of Cadiz and in memory of the many others who have died or disappeared on other coasts or in the Mediterranean Sea, which is the largest cemetery in the world.  May God the Father of Mercy gather our brothers and sisters into his arms.