GC XXI. We continue to be born from his Heart…with realism and hope 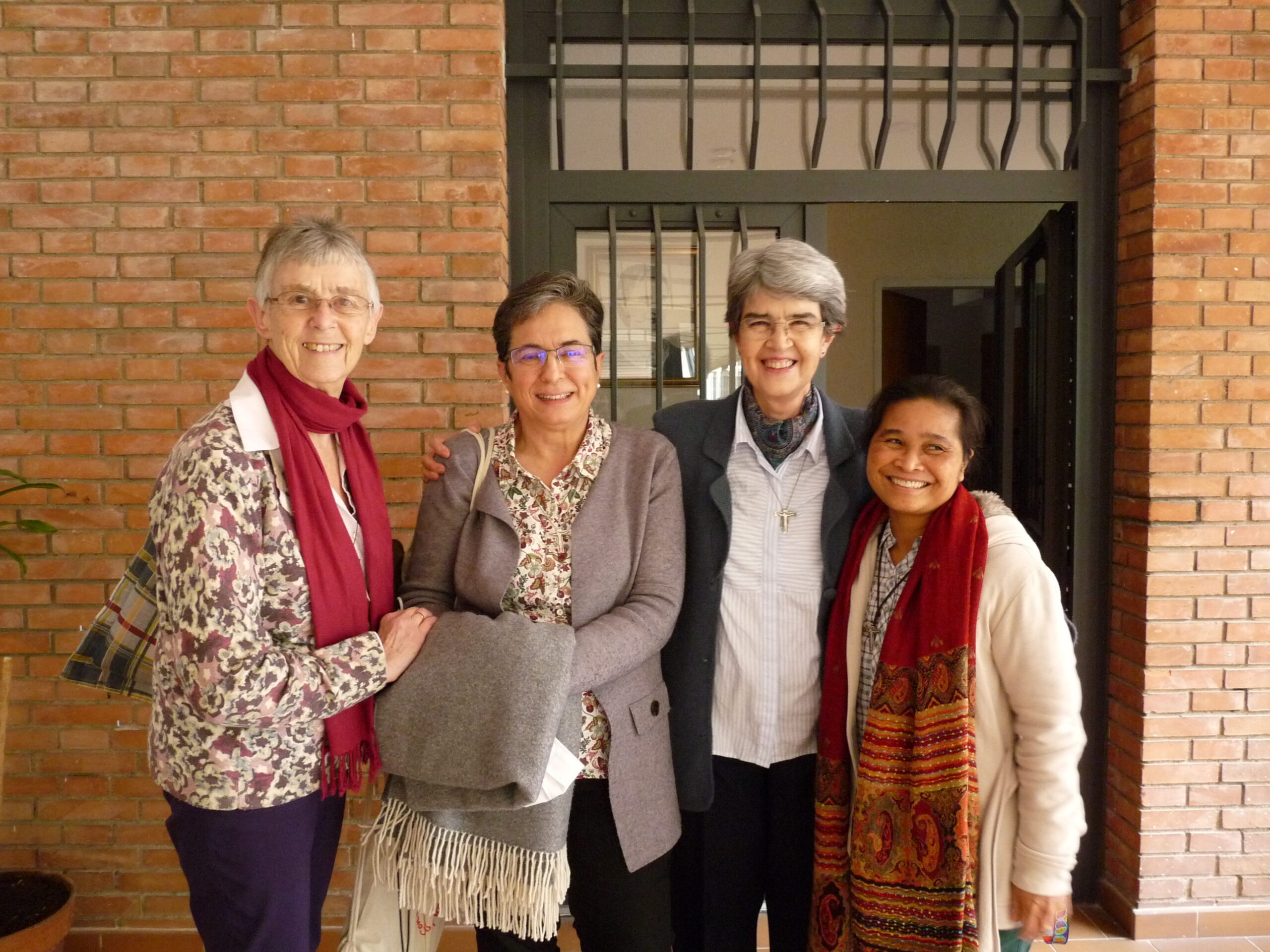 04 Feb GC XXI. We continue to be born from his Heart…with realism and hope

Today, in memory of St. John de Brito, a Portuguese Jesuit missionary and martyr in India, we began the day with the Eucharist, celebrated by Fr. Nico Widiontoro, an Indonesian Jesuit studying at the University of Comillas in Madrid.

During the celebration, he wore a stole with traditional Dayak ornamentation – indigenous people of Kalimantan/Borneo Island, which was offered to our sisters in Indonesia by Fr. Matius Juli, a Dayak priest from the cathedral of the diocese of Ketapan, in gratitude for our presence in his land and also asking for our remembrance and prayer for his people. A very beautiful stole, made of thousands of colored beads, and with the typical drawings of their Dayak tradition. For them and for all our missionary sisters, we offered today’s mass.

At the beginning of the second session, Sister Rosario Fernandez-Villaran shared with the hall the State of the Institute, doing so with a loving, respectful and holistic look at the reality of the Congregation. After a few moments of silence to savor what was heard, the Sisters shared their deep gratitude, noting particularly how the report illuminates the whole Institute in the midst of the challenges of the world and of the Church today. Considering the reality of the Institute as it has been presented, we feel hope and a strong sense of the body that inspires us to the magis.

After a short break, the sisters proceeded to the election of the Commission of the State of the Institute. The following sisters were elected: Belén Escauriaza, Gabriela Espinosa, Francia Opiana, and Margarita Rivera. All are grateful for the work that these sisters, together with the Superior General and the Assistants, will do for the Congregation.

We ended the day with adoration, asking the Lord to teach us his way of looking at everyone as brothers and sisters. We placed before the Lord each circumscription, asking for a particular grace for those sisters.