Raphaela Mary Porras Ayllón was born on March 1, 1850, to a well-to-do family in Pedro Abad, a small village in the province of Cordoba (Spain). She grew up in a home where – as in so many others – feasting, noise, joy, and laughter coexisted with endurance, serenity, suffering and the acceptance of difficult situations; there work, effort, and necessity were intertwined with relaxation, tranquility and tenderness.

When her mother died, she and her sister Dolores decided that their world would no longer revolve around themselves. The world of poverty – which surrounded them and needed them – entered their lives.  The year was 1874, when they began their first steps in religious life, which would lead them to found the Congregation of the Handmaids of the Sacred Heart.

Raphaela Mary knew that she was a member of a very large family, the family of all the children of God and, during her entire life, nothing that happened to these brothers and sisters of hers would seem irrelevant to her; she strove with all her might that “all might know and love Him.”

She died in Rome on January 6, 1925. After having traversed many roads, she leaves us moments filled with flashes of color, of liveliness… others where there is pain, suffering, and then a monotony of 30 years that must be contemplated to be fully appreciated.

She allowed herself to be “captivated” by the love of God, and she responded with all her love at every moment. “I belong completely to God. I know by experience how much he loves me and looks out for me. Seeing myself small, I am in my element because I see all that God does in me and in whatever pertains to me, which is what I want.”

She believed that communion is the true path to the Kingdom and became, like Jesus, bread and wine even to the point of giving her life. 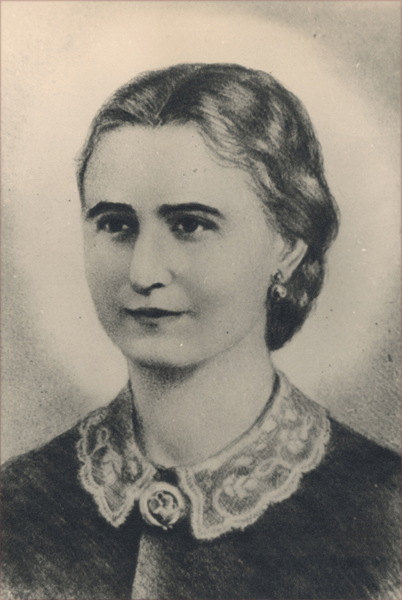 “My Lord Jesus Christ is living in me, and so my entire being and all that I do should reflect the life of Christ who lives in me… I must work to draw everyone to know Christ and to serve Him.”