MIGRANTS IN THE AMAZON 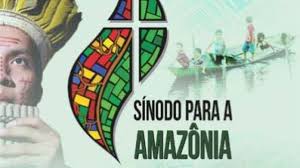 27 Oct MIGRANTS IN THE AMAZON

Posted at 07:58h in Migration ABC, Movilidad by ACI

The Synod for the Amazon has published its Final Document and we want to echo it.

From n. 12 in which it is asked to specifically address the phenomenon of migration,

12. The phenomenon of migration must be addressed. There are three simultaneous migratory flows in the Amazon Region. First, the traditional mobility of indigenous groups in their territories, which are now separated by national and international borders. Secondly, the forced displacement of indigenous peoples, peasants and river dwellers from their territories, whose final destination tends to be the poorest and worst areas of the cities. Thirdly, forced inter-regional migration and the phenomenon of refugees forced to leave their countries (Venezuela, Haiti, Cuba, among others) who need to cross the Amazon as a migratory corridor.

We could say that migration is one of the cross-cutting themes of the Final Document of the Synod for the Amazon and for this reason we consider it a resource that can illuminate the deep and far-reaching understanding of the migration phenomenon.

The need to accompany migrant populations is addressed (n.20), there is talk of a Church with a migrant face (n.29), of young people who dream of better living conditions (n.31) and therefore migrate so many times to the city (n.34) and are left in such vulnerable conditions, of the Indigenous Peoples in Isolation, often migrating fleeing from abuse (n.49), of the importance of strengthening family ties, especially to migrant women (n. 102) and finally expresses in the field of synodality that the migration problem needs to be tackled in a coordinated manner by the border churches (n.113)

The COMPANY reserves the right to use the "cookie" technology on the Website, in order to recognize you as a frequent user and personalize your use of the Website by preselecting your language, or more desired or specific content. The "cookies" used by the Website, or the third party acting on its behalf, are associated only with an anonymous user and his computer, and do not in themselves provide the user's personal data.
Necessary Always Enabled
Necessary cookies are absolutely essential for the website to function properly. This category only includes cookies that ensures basic functionalities and security features of the website. These cookies do not store any personal information.
Non-necessary
Any cookies that may not be particularly necessary for the website to function and is used specifically to collect user personal data via analytics, ads, other embedded contents are termed as non-necessary cookies. It is mandatory to procure user consent prior to running these cookies on your website.
SAVE & ACCEPT