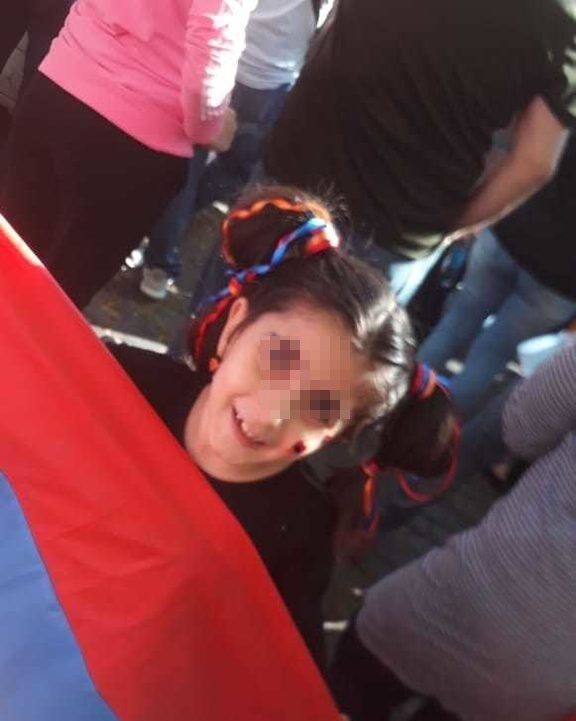 Posted at 05:55h in Migration news by ACI

Sloterdijk, a German philosopher of the twentieth century, argues that the beginning of all life stories begins with the absence of the protagonist or at least, with the absence of the memory of having been present. “We came to life with the first act begun”… this implies that we are being, and we are constituting ourselves from the history we received from those who welcomed us.  Thus, we begin to star in our lives, joining first the narratives received from our family and this allows us to discover that origin from which we come.

This makes me think of Anush (fictitious name) and want to share the story of this Armenian girl that we have been accompanying from the Episcopal Commission for Migrants since the beginning of this pandemic.

Anush, she has a sweet voice, she’s restless, creative and almost masters our language. She arrived in our country at almost two years old, applying for asylum with hes parents.  Everyone took the risk of leaving Armenia, seeking peace and better living conditions.  Both desires remain intact but realizing them is an increasingly demanding challenge for their parents in the current context.   The economic and social reality of our country, the difficulty of the language and the current context of the pandemic, seems to delay the arrival on that horizon of well-being and peace for which they decided to leave everything.

Anush, is now six years old and as she misses her grandmother very much a few months ago, she has decided to call me “grandmother” in the hope of rescuing, by uttering that word, some of the tenderness and protection that this bond has left her. Like so many other children in poverty and vulnerability in Argentina has had connectivity problems and their access to the virtual modality of the classes has been difficult, risking losing their school year. In these months, she has also experienced the consequences of the loss of work of her father, who worked in a carpentry that had to be closed as a result of the confinement and that will no longer reopen its doors.   Her face is that of many migrant children, who star in a story whose first chapters speak of uprooting and suffering, but also of struggle and resilience. In these hours, together with many other Armenian families, it participates in some demonstrations that seek to make visible the difficult situation that the Republic is living, again at war… although distant and almost unknown, is also their land.

Anush, live her present with the freshness and innocence typical of childhood. As she goes through so many difficulties, she continues to adopt me as a “grandmother” by giving me in that word the opportunity to be part of a bigger dream, that of God in her history and confirming to me in the certainty that sometimes “that next possible step” that we want to offer is concrete simply to stand by and become a family.