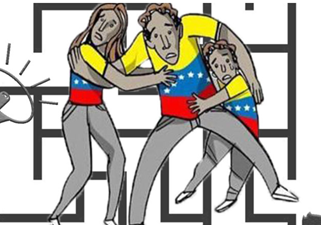 Posted at 05:17h in Migration ABC by ACI

The  department of Social Sciences Project : “Peace Builders”   addresses the fight against discrimination in an educational context  that is both critical and social in nature, unpacking in the classroom the historical events and the socio-political, socio-economic and cultural  characteristics and aspects that threaten the possibility of achieving, above all, peace in our country, our region and in the international landscape.

Based on critical pedagogy, the educational process of teaching  and learning – guides the students to challenge and question the colombian political idiosyncrasy, in particular those beliefs and practices that nurture xenophobia. Conversely,  social teaching that studies what is relative to society or a group of individuals that make up the same culture and history, looks at the study of xenophobia based on the analysis of all its various forms and conjugations: racism, patriarchy, misogyny homophobia and even “hatred of the poor”.

Critical education teaches students about the historical reality of homophobia, and to understand how Colombia is a country that has no experience of receiving vast numbers of immigrants, given that the country does not have a State Policy, while the truth is that our historical experience has been determined by Government Policies, that go back to the violent era of the 50s,  to say nothing of the National Front of 1958 to 1974, the drug trafficking phenomenon, which permeated the political, social and economic institutions in the 90s, in addition to the political polarization generated by the peace process in 2012.

The historical process has been oriented by Government Policies, national political projects,  led by different sectors of power, represented by the traditional political parties or new  sectors on the right and the left, whose aim is to  dominate the country. The problem is that all these projects are dominated by ideological sectarianism that is translated into the fuel that fires up xenophobia in all its different forms.

The historical experience of liberal democracies, in particular North America, teaches us that the migration process is the result of  the process of secularisation in the West, in other words, migration is a structural phenomenon of the capitalist system which re-structures society in all spheres of life: national, cultural, political, religious, economic, etc. In synthesis, migration is a modernising process in western civilisation. In Colombia it is impossible to have such an historical experience, on this point, critical teaching guides the students to understand that   migration is a negative phenomenon that comes across in terms of crisis, above all, because it threatens idiosyncrasy and political caudillismo at the regional level as well as the traditional ideological dogmas. And in the face of this threat, the response at the institutional and socio-cultural level is a response of hatred of foreigners and above all of women and extreme poverty.

Critiical pedagogy is the basis that sustains Pope Francis’ Global Educational Compact and a philosophy of education that aims to socially mobilise the students, teachers and parents through the application of concepts associated with the Frankfurt School, a trend of German philosophy that rejects the neutrality of knowledge.  In this sense,  working together with the students on the subject of xenophobia, invites them to reflect while being aware that reflection and analysis are both inherently political acts that are not detached from the acts of teaching and learning.

The social sciences of economics and political philosophy, based on social teaching, are linked as sciences related to educability for socialization. If, using critical teaching, we carry out a structural analysis of xenophobia from a historical view point, and taking a political stance, in a critical sense, we are basically looking, using social teaching,  for possible solutions to this phenomenon that is impacting the level of human dignity both in our country and in a global context.  For this we use data and sources such as, for example:

Colombia has received 35% of the total (6 million)  of Venezuelan immigration in the world. An amount that makes it difficult to insert into Colombian society and requires time for both communities to be able to identify and generate development for the country ”, tells DW Rafael Calles Moreno, a member of the program Strengthening Venezuelan Youth and Leaders for the Democratic Reconstruction of Venezuela , sponsored by the Universidad del Rosario de Colombia and the Ávila-Monserrate Association. Monserrate Association. In the midst of the economic difficulties, “Colombia has international aid equivalent to only 10% of the resources available to attend to Syrian refugees, that is, $ 300 per year per person”, contextualizes Calles, a graduate in International Business from the University Pontificia Bolivariana, from Bucaramanga, Colombia.

The journalist source of Deutsche Welle refers to statements of the United Nations concerning xenophobia in Colombia, which identify it as a social and political phenomenon typical of the patriarchal ruling clases which has an echo at the social level and which  materialises in the practices of political and socio-economic such as as racism, abuse of women, children and the elderly, underlining that, according to the UN.,  xenophobia both in Colombia and globally, is being transformed into a new phenomenon of exclusion on a huge scale which us threatening the fundamental rights  of the poorest : “hatred of the poor”.

The United Nations and the European Union, among other international organisations, are urging the national government to abandon its policies and to adopt the peace process  as a State Policy that can halt the curse of xenophobia and transform the phenomenon of migration by generating the process of political and economic secularisation that the country needs,  a process of secularisation that is necessary to achieve modernity and the strengthening of liberal democracy.

The government’s policies feed xenophobia and especially, expessions of xenophobia against Venezuelans, as described  by Alejandro Daly, codirector of  Xenophobia Barometer  Faculty  of  Finance, Government and Internatinal Relations  External University of Colombia.

The Xenophobia Barometer has registered a gradual increase and identified four peak moments of xenophobia in Colombia, according to Alejandro Daly: “The first was caused by the words of the mayor of Bogotá, Claudia López, who – after the murder of two Colombian workers – He said that “Venezuelans are making our lives in squares.” The second was generated by former President Álvaro Uribe, who on September 10, 2020 asked the government of Iván Duque in a trill to “deport vandal foreigners,” referring to the alleged infiltration. Venezuelan in the demonstrations against the Government. ”Uribe thus reacted to a false story according to which Venezuelans had hijacked a public service bus in the midst of public protests.” The third peak, “continues the co-director of the Xenophobia Barometer,”It was produced by President Iván Duque when he announced that ‘illegal migrants will not be vaccinated against the coronavirus’. And the fourth, the recent statements by the mayor of Bogotá, who, after the murder of a police officer, asked the central government to ‘protect Colombians from criminal Venezuelans.’

As can be appreciated,  working with sources allows the  students to understand the context of the phenomenon, and in this way the contextualisation is guided by social teaching, implicating them in how to construct a culture of peace in the community in a time of post conflict. The students, based on social pedagogy, analyse the phenomenon of xenophobia,  using processes of interpretation and cognitive development, identifying cultural tools, namely,  construction, re-construction or appropriation of the same, by the students, in openness to a dialogue of a cultural nature.

HANDMAIDS OF THE SACRED HEART OF JESUS’ SCHOOL. BOGOTA