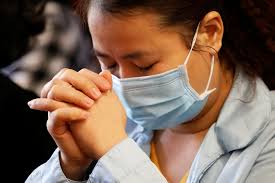 Posted at 14:05h in Migration news by ACI

I will call this Philiipine migrant Belen, not her real name, to protect her privacy. Belen is from Northern Cotabato, Philippines, 36 years old, married and has one child. She came to Japan in 2013 right after her graduation in Bachelor Science of Nursing. She didn’t take the board exam due to financial problems. Belen tried to find a job in their place but had no opportunity since she had no license. Her father has a cousin who worked here in Japan, so they asked her to help Belen. They got Belen a tourist visa for three months that could be renewed for another three months. Belen has no choice but to accept her aunt’s offer. After three days, Belen worked in Nightclub as an entertainer. And later on, her aunt advised her to marry a Japanese man so she could get a permanent visa.

Afterworking as entertainer for two years, Belen married a Japanese man. He was the eldest son in the family. The Japanese custom is that the eldest son receives the biggest portion of the family inheritance. The family home usually goes to the eldest son and he consequently takes over the family business. However, since he married a Philippine girl against his mother’s will, she threatened to disown him, forfeiting his inheritance. This situation made Belen feel out of place in the house she shared with her in-laws. Belen tried her best to win her in-laws sympathy by doing all the housework.

When her mother-in-law discovered that Belen was expecting a baby, she forced Belen to have an abortion. This was a devastating experience. Belen’s behavior deteriorated, most likely due to her great loss and grief.

When Belen discovered that she was pregnant once more, she was terrified to have a second forced abortion. She was afraid to tell her husband but even more her mother in-law. Belen hide her second pregnancy from her family even from her husband but she was not at peace, in her thoughts; what would happen if they knew that she was pregnant, another abortion? Belen was disturbed and could not sleep. When her husband noticed that she was not behaving normally, he decided to bring her to hospital but Belen refused to go until the time when she could not control her actions. Belen’s mother-in-law called her Philippine friends to bring her to the hospital. The psychiatrist told Belen’s friend that Belen would never recover unless she was allowed to give birth and keep her second baby. He asked to contact her husband so that he could talk to him directly.

It took several hours before the husband reached the hospital. The psychiatrist wasted no time in scolding the husband and explained Belen’s condition. Belen’s husband made two promises to the doctor: he would let his wife keep their baby and he would not allow his own mother to interfere in their decision. Belen obtained treatment at the hospital for several days. When she was discharged from the hospital, her husband took her home and looked after her. Belen knew that her husband loved her and he too wanted to keep their baby. However, he also did not seem to be brave enough to go against his mother’s wishes. Possibly he was also afraid of being disinherited. Later, Belen’s husband found them their own apartment, away from his mother. Belen gave birth to their baby girl, who now is 4 years old.

The doctor was right. It seemed that the only cure for Belen was to give birth to her baby. I met Belen several times it seems she is normal and happy like other Philippine migrants living permanently here in Japan, until the time she opened up and shared her traumatic experiences with me. She admitted that, until now she still had days of feeling very low and would have nightmares about her first baby’s abortion. She would hear her baby crying in her dreams and her conscience was deeply troubled. Belen sees the psychiatrist from time to time to get the needed help, as well as to monitor her medication.

After listening to her story, I had no words to say, but I just held her hands with empathy and assured her of my prayer. I believe that healing is a process so, I invited her in our chapel to lift up to God all her pains and sorrows and ask for healing and forgiveness. We stayed in the chapel for about 10 minutes in silence. I’m very positive and hopeful that something good is happening at that very moment for I knew God is merciful and compassionate.