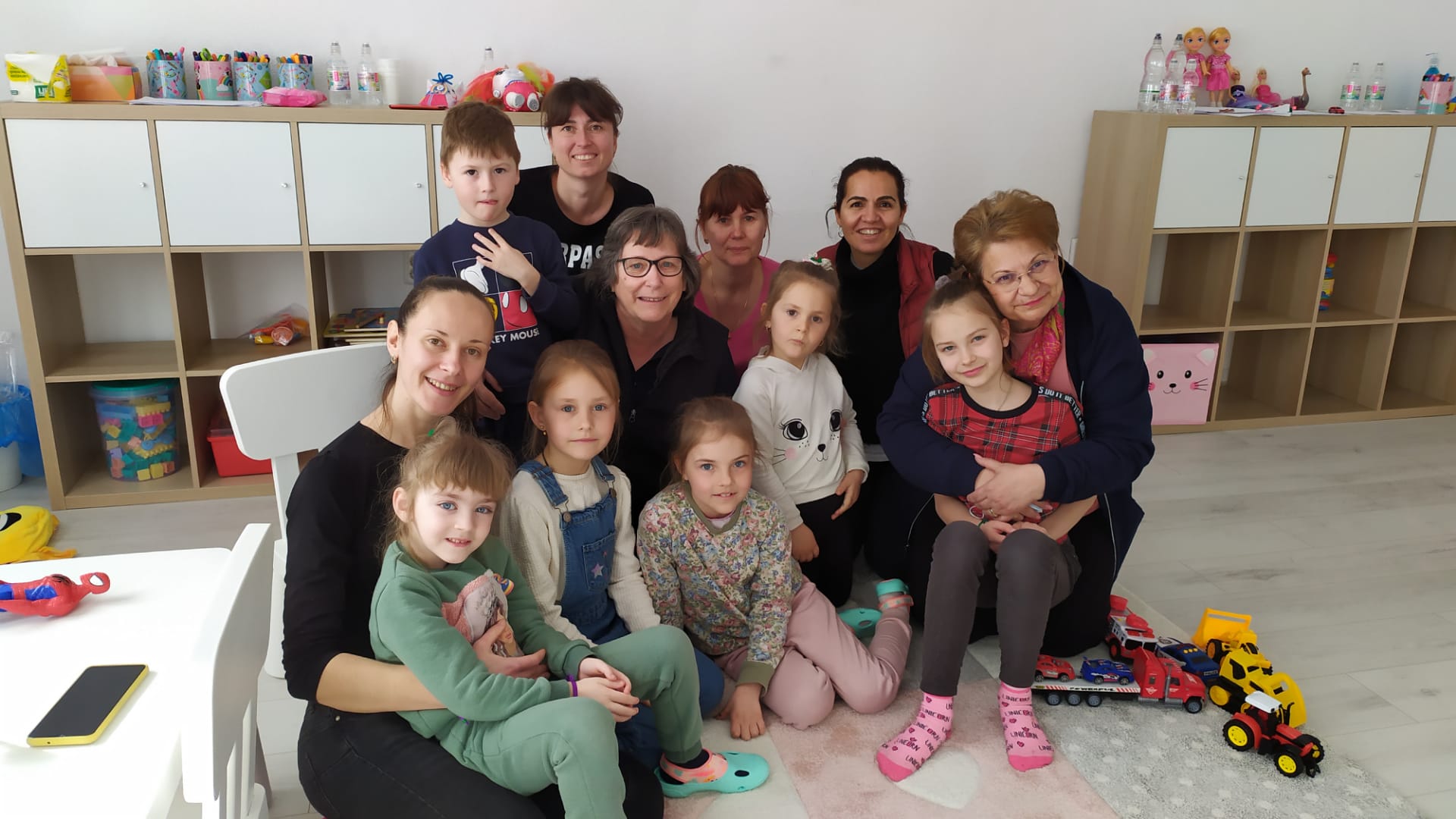 27 Mar FROM THE RUMANIA-UKRAINE BORDER

Posted at 13:56h in Migration news by ACI

We are writing to you from the border in Rumania, in a place called Galati, which is one of the points of entry for the Ukrainian people. The border between the two countries is separated by the Danube, and there is a ferry that goes from one side to the other in 10 minutes. There is transportation only if the ferry is full, and unfortunately when we were visiting, the ferry was filled on the Ukranian side, with many mothers, grandmothers and their children and grandchildren arriving here.

In order to receive them on the bridge that joins the ferry and Rumanian soil, they have put a heap of dolls, and a group of volunteers managed by various NGOs such as the firefighters wait for them to accompany them and carry their suitcases to some orange tents where there is heating, where the police do the first registration. They try to do everything quickly and efficiently.

JRS here works on a piece-work basis. They have a group of very well organized, committed volunteers. These are young people whose average age is 20, and there are three contracted persons. They are inundated with work although the situation is getting organized little by little.

Yesterday we visited a kindergarten where they have set up a classroom very nicely, where since two days ago the Ukrainian children have been going; there are three Ukrainian mothers who are teachers.

In the beginning they thought of integrating them in the classrooms with the Rumanian children, but they saw that for the Rumanian teachers and the children who were coming into a totally different environment, the adaptation would be more complicated.

They told us that although they have been only a short while in that classroom, the children are happy doing various activities, playing, and for the first time they are relaxed and laughing. The classroom has a capacity of 12 children.

The idea is for there to be more classrooms of this kind in other kindergartens of the city so that the children can get out of the places where they are temporarily residing and be in an environment where they can play and interact with other children… also the idea is that the Ukrainian teachers, if they decide to stay here, may gradually learn Rumanian. From here we are going to Poland.